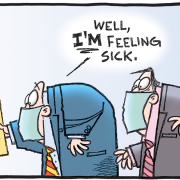 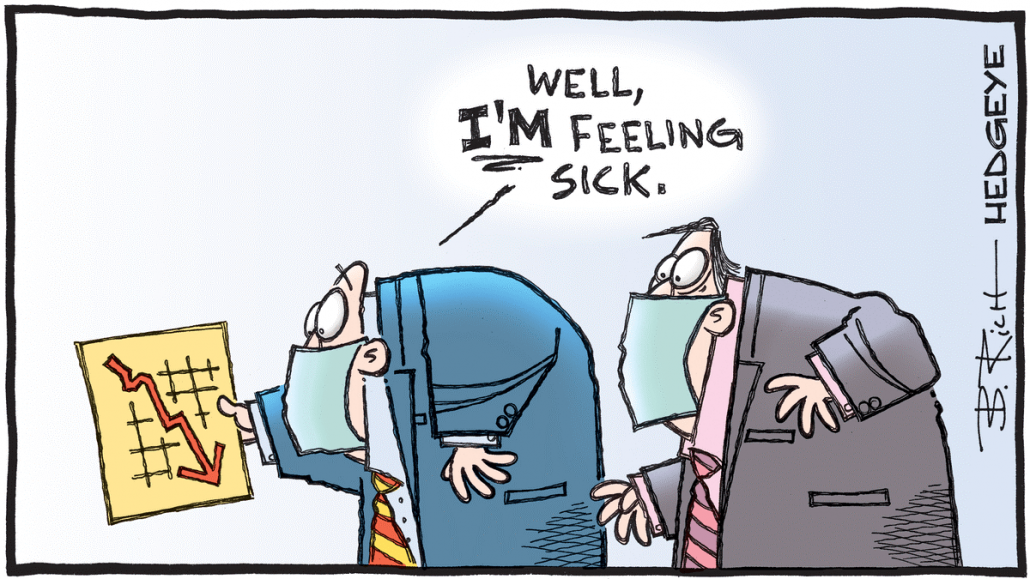 “Is There a Doctor in the House?”

March Madness has reached new levels of psychosis.  From basketball to baseball to Broadway, from ice rinks to restaurants, from Dublin to Disneyland, the world has stopped.  Welcome to a pandemic.  Beyond the crucial health issues, Covid-19 has also exposed some economic blotches.

These issues have been hiding in plain sight for some time.  Record amounts of corporate debt, burdensome levels of consumer obligations, and, of course, over $22 trillion of federal government debt with no plan to address it.  These are not shocking revelations – we’ve known about these issues for some time.  And while a growing global economy can look past such issues, shocks to financial markets have a way of changing everyone’s focus.

This is part of the reason that stocks had one of the worst weeks in history.  Stocks tumbled as the Dow Jones Industrial Average fell 10% (S&P 500 and Nasdaq Composite down more than 8% each).  Losses of this size are noteworthy enough but even more remarkable is that there were two stunning rallies within the week.

The Dow lost 2,000 points (7.79%) on Monday (March 9).  The next day the Dow rebounded over 1,100 points which happened in last couple of hours.  This was followed by a 1,400 point fall on Wednesday and another 2,000 point plunge on Thursday.  This second 2,000 point decline was the largest one day point loss in history.  On Friday the Dow jumped almost 2,000 points which was another unexpected and fast rally that took place within one hour!

During the week, the S&P 500 moved up or down by at least 4% for five consecutive days which is the longest stretch since 1929.  Twice within the week, stocks nosedived so fast that trading circuit breakers were triggered which halted trading for 15 minutes.  It was the first time this happened in 23 years.  These trading time-outs were intended and designed to restore calm to the exchanges.  Last week they appeared to magnify the panic.

The major stock averages have fallen from the record levels in February and show losses for 2020.  Here are the year-to-date numbers as of March 13th. 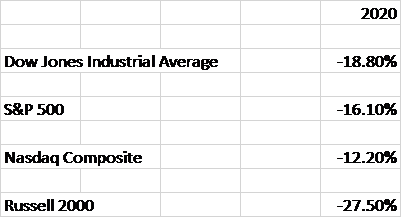 Uncertainty concerning the impact and potential damage (both health and economic) from the Coronavirus drove a lot of the selling.  The glass half full view is that the difficulties are only temporary and that stability plus a return to growth is around the corner.  Of course, the opposing view is that this we are entering unchartered waters with elevated risk of systemic problems.  The scarcity of definitive information on Covid-19 added to the media hysteria is resulting in increased the guessing and conjecture.

Of course, an encumbered system has a harder time overcoming such obstacles than a system with little or no debt.  And the current environment is a world that is awash with debt.  Below is a chart a chart of total U.S. debt as a percentage of GDP.

This chart measures debt as percentage of GDP.  As we know, GDP has been growing since the financial crisis in 2008 and 2009.  However, as the graph shows, the amount of systemwide debt has been growing at a much faster rate.  In other words, we are at record levels of debt and leverage.  Clearly this is an added burden as the markets deal with all of the uncertainty.

Global central banks have implemented emergency interest rate cuts to assist the financial system.  The Federal Reserve announced a cut in the overnight lending rate on Sunday night.  This moved the targeted rate from 1% – 1.25% to 0.0% – 0.25%.  Many Fed critics believe it was a panic move that was unnecessary.  Further they think that this decision used up their remaining ammunition.

These cuts have been largely ineffective.  In fact, some interest rates have unexpectedly moved up (Australia) after the central bank easing.  One cause of this could be financial players filling liquidity needs by selling what they can and, as the government bond markets have the most liquidity, this is what they sell.  This selling is causing pressure on bond prices and bond prices and yields move inversely.

The battle to contain and control the coronavirus is putting unprecedented stress on the economy and the financial system.  The world will overcome this crisis, but the forthcoming changes will be long lasting.  The resulting cultural landscape will be a much different one and will force many adjustments.  Unfortunately, the journey may not be near an end.