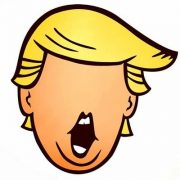 Donald Trump was elected President of the United States one year ago. The event has enraged some and emboldened others. Of course, some of this is a result of the direction that the Trump administration is moving and some of it is a result of the methods that are used. Both have caused a significant amount of cringing. It’s not clear which side of Washington’s wrestling match Mr. Market’s is with, but there’s little doubt that he’s enjoyed President Trump’s first year.

Since the election the stock market has had a historic rally. Looking back, it’s hard to remember that stocks were expected to drop on a Trump victory. Every time a pre-election poll would show Donald Trump’s chances improving, stocks dropped. But on election night after the results were in and the futures on the Dow Jones Industrial Average were down over 800, stocks rebounded and haven’t looked back.

The stock market’s surge during President Trump’s first year came in spite of a whiff on campaign promises (no repeal of the ACA and no tax cuts), a tense geopolitical landscape, terrorism, and widespread social hostility. On the positive side of the ledger, economic growth accelerated and exceeded a 3% annualized rate. The economy obviously helps corporate profits which also rose materially.

It seems investors are getting used to the stock market’s steady grind higher. The S&P 500 is approaching 500 days without 5% correction and is about to set a record without a 3% correction (370 days). Investors are beginning to forget that stocks can go down which will make the next 3% correction, whenever it arrives, feel more like a crash.

This lack of volatility combined with the consistent move in the stock market from lower left to upper right is starting to show up in some investor sentiment readings. They are showing more optimism. Earlier in the year, investors worried about the negative headlines and feared that the economy was stuck in low gear. They were confused why the market wasn’t falling and were confident that it couldn’t keep rising.

As 2017 has progressed, the economy has improved. However, the news flow remains dire. Apparently higher brokerage statement balances help the public forget about their anxiety and to overlook the negatives they worried about a few months ago. This is shown in various investor sentiment indicators one of which is the Citigroup “Panic/Euphoria Model”. Please see the chart below.[ii]

The difficult to read fine print (apologies) explains that “a reading below panic supports a better than 95% likelihood that stock prices will be higher one year later, while euphoria levels generate a better than 70% probability of stock prices being lower one year later”. In other words, this is a contrarian indicator. Typically, euphoric investors have already bought and panicked ones are in cash.

The current reading at +0.33 hasn’t triggered a euphoric signal yet and there’s no assurance it does. But this does tell us that a lot of people have put money to work and, from a capital flows view, there might be limited dry powder left.

While this model is signally caution, we are approaching a seasonally bullish time of the year (Thanksgiving and Christmas). The historical trend is for gains in November and December. However, it’s possible that the strong September and October, months that are usually weak, could have drained some potential for this year’s Santa Claus rally. Perhaps the net will be a stock market that doesn’t go up as much as expected but doesn’t go down much.

From a fundamental viewpoint, there are a couple of concerns. The stock market is not cheap. While some describe the current environment as the most overvalued market in history, others offer justifications such as low interest rates and earnings growth. Nevertheless, few would defend that we are undervalued.

Another headwind is the change in central bank policy. The Fed has signaled that they will raise interest rates in December and continue this in 2018. Further, the support that other central banks have provided the capital markets will be declining. The ECB is reducing the amount of monthly bond purchases and the Bank of England raised its benchmark interest rate at the beginning of November. This is the first time in over 10 years that Great Britain has increased this rate. Higher interest rates are a material risk to an overvalued corporate bond market.

Trees don’t grow to the sky and, sadly, neither does the stock market. After a remarkable 2017, we could be facing a few more challenges which is something that highly optimistic investors are not prepared for. But like the unexpected election of Donald Trump, the surprise could be that the smooth and steady climb for stocks continues. Some more dysfunctional behavior in Washington might help.