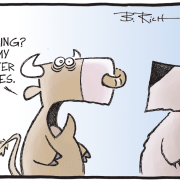 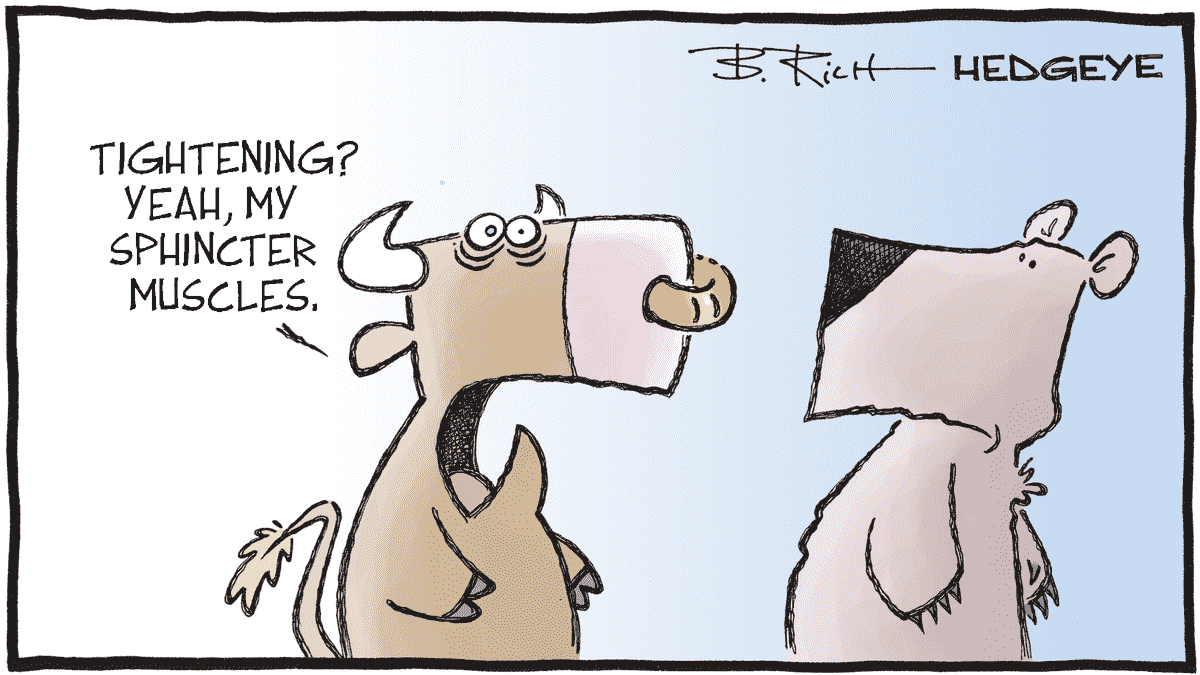 The economy has a large influence on the financial markets.  This “joined at the hip” relationship makes sense as economic growth helps increase corporate earnings which then leads to higher stock prices.  Looking at the upper part of this food chain, there are countless influences on the direction and breadth of economic activity.  Such things as fiscal policy, inflation, foreign competition, the regulatory environment, labor conditions, and monetary policy affect the economy.

The degrees of impact of these and other factors vary over time.  There have been times where things like foreign currency levels and international trade conditions have an outsized influence on the economy.  But fiscal and monetary policy are probably two of the biggest things that affect the economy, and, during the past 15 years, monetary policy has been a huge boost to the economy and the markets.

The monetary policy tailwinds have been a significant support of the capital markets since the financial crisis of 2008 – 2009.  The Fed chopped short term interest rates to zero and pumped money into the banking system.  The interest rate cuts are easy to understand.  The Fed controls the overnight inter-bank lending rate which impacts other interest rates in the bond market.  By reducing the Fed Funds rate to 0%, interest rates across the spectrum also went down.  It was hoped that these lower rates would spur increased business activity.

The liquidity injection was a different operation.  The Fed would buy bonds and fixed income securities from Wall Street banks.  While this is a simple straight forward transaction, there was some nuanced components to this operation.  First, the Fed would magically create money.  Most of us get money via getting paid for our labor or selling a something that we own.  In this quantitative easing policy, they would hit a button and create dollars and electronically send them to the financial institution for the bonds or mortgages.

While the Fed has this limitless ability print money, it does record its activities on a balance sheet.  It reflects the totals of their purchases and sales.  To offer some perspective, prior to the 2008 – 2009 financial crisis, the Federal Reserves balance sheet totaled around $800 billion.  In early October 2022, it exceeded $8 trillion.  That’s a lot of money created out nothing and sent into the financial system.  Unquestionably, it helped the stock and bond prices for the past decade.

The Fed has not been the only host at this party.  The Bank of England, the European Central Bank, and the Bank of Japan have all participated in quantitative easing through their operations.  Here is a chart from Torsten Slok, Ph.D. the Chief Economist at Apollo Global Management.  It shows the total central bank asset purchases since 2008 and estimates the future reductions.  Keep in mind that this is purchases at different times and doesn’t reflect the summation of entire period.  That is shown in the Federal Reserve’s balance expanding from $800 billion to $8 trillion. 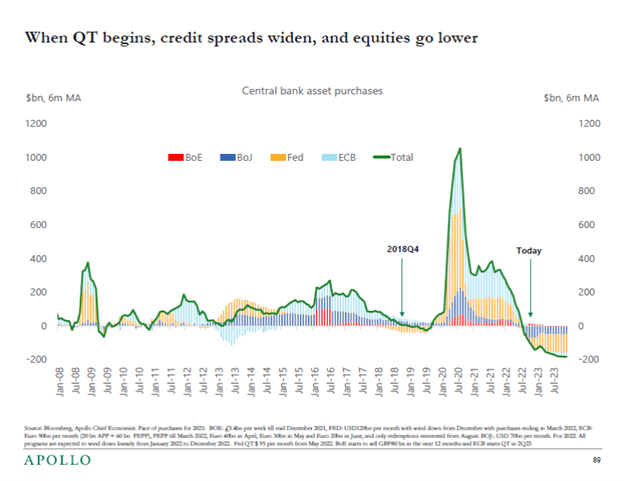 This has been a chaotic year in the financial markets and many historical indicators and correlations are changing.  The Fed has been raising interest rates which has significantly harmed the bond market.  For the past couple of decades fixed income securities offered some diversification from stock market risk.  This year both markets have been battered.

On top of raising interest rates, the Fed has announced that they will be reducing its balance sheet.  This is taking the form of not reinvesting the proceeds from the maturing securities that they own.  The guidance from the Fed is that starting in September $90 billion per month will run off from their balance sheet.

Here is a chart from the Fed’s website showing the progress so far.  The blue line represents the total assets held by the Fed.  It clearly peaked earlier this year.  The red line is the S&P 500’s price which peaked on January 4th.  Also of note, the S&P 500 has declined much faster which is a function of many things but certainly the interest rate hikes as well as the prospects of a reduction of the Fed buying bonds are playing a role.

While the Fed has decided that higher interest rates and reduced stimulus are necessary to fight inflation, there are many who question that they can navigate the journey without inflecting systemic damage. A common phrase being used is Operation Break Stuff. Some are replacing “Stuff” with another word that begins with “S”.

The combination of higher interest rates and the removal of the markets punch bowl into an economic recession can easily lead to widespread complications across the markets and the global economy. We recently saw upheaval in the British government bond market as the market plunged and many overextended financial institutions were impaired. The Bank of England scrambled to rescue the markets. They have calmed down – for now.

While the U.S. stock markets are experiencing a historically bad year, it could get worse if the Fed keeps going and does break something. Here is the year-to-date performance for the major averages as of last Friday, October 14th.

Higher interest rates have been in the headlines throughout 2022.  Everyone is aware that rates have moved higher.  Quantitative tightening in the form of Federal Reserve balance sheet reduction was announced in May.  It has gone unnoticed.  If it continues and accelerates, more people will become aware of “Operation Break Stuff” as it as it will inflict widespread pain.

Many on Wall Street are calling for the Fed to stop the rate hikes as well as stop quantitative tightening.  This policy switch is referred to as the “Powell Pivot”.  Our central bank is facing difficult paths.  If they pivot, inflation will continue and perhaps increase.  If they stay their course, they may break things.  Many are looking for a bottom in stock market decline.  Instead, it might not be too late to “pivot” to a more defensive approach.