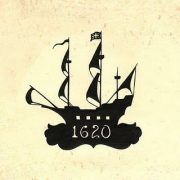 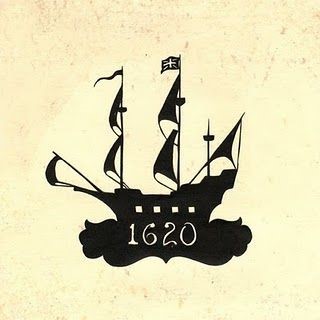 In the early 1600s the Pilgrims moved from England to Holland seeking separation from the Church of England.  While the Netherlands provided religious tolerance, the Pilgrims didn’t completely fit into the culture and in 1620 they left Europe looking to start a community in the New World.

One wonders what was stronger – desperation or determination.  It’s hard to understand what would cause a group to give up an established but perhaps unpleasant existence to risk their lives to travel to an unknown and uninhabited part of the world and completely start over.  It gives a hint to the cultural and religious persecution of the 17th century.

The difficult trip took over 60 days and Mayflower landed in what would become Massachusetts in November.  The ship was blown off course and landed north of the intended destination which was near the Hudson River and within the jurisdiction of the Virginia Company.  Only about half of those who set foot on Plymouth survived the winter.

Since they were outside of the Virginia territory, they felt they should establish their own rules of governance.  An agreement was written which became to be known as the Mayflower Compact and everyone signed it including many non-Pilgrims.  It setup a representative government with elected leaders and played a key role as the area flourished and, 150 years later, it influenced the United States Constitution.

Progress has improved many parts of our lives in the last 400 years.  Unfortunately, human nature doesn’t change which means we are constantly at risk of repeating past mistakes.  This might explain what looks to be a return of religious intolerance.

As part of the pandemic shutdown, churches, synagogues, and other places of worship were closed.  Upon re-opening, occupancy restrictions were implemented which were similar to what were imposed to other organizations.  However, as time passed it seemed that churches and synagogues were scrutinized for violations.

In early October, synagogues in Brooklyn were ordered to be limited to 10 people.  The order was handed down just before two holidays that are traditionally involve large gatherings.  Elsewhere in the state, churches were ordered to limit attendance while looser restrictions were imposed on other parts of our lives.

Last week the United States Supreme Court ruled against New York State and Governor Andrew Cuomo’s restrictions on places of worship.  The Court determined that the regulations on religious facilities were more restrictive than secular ones.  The ruling opinion cited the First Amendment and included “But even in a pandemic, the Constitution cannot be put away and forgotten” as reasons for the ruling.

The divide and acrimony taking place throughout the United States will likely result in a revisiting of this issue.  The recent Supreme Court ruling will initiate other efforts against churches and religious groups.  The intolerance that the Pilgrims sought to escape is becoming a larger part of today’s culture.

Religious oppression reaches beyond limiting the size of worship services.  Being a person of faith is culturally unacceptable and results in being stereotyped as a Bible hugging, smallminded, luddite.  And religion is only one sector of the multi-faceted on-going civil war.

Despite the historic upheaval and discord, the financial markets function as if we have arrived in heaven.  U.S. stocks are having one of their best months in history.  The Russell 2000 has jumped 20% in November and the Dow Jones Industrial Average, the S&P 500, and the Nasdaq have all rallied over 10% in the month.  What a remarkable move.

The Russell is the largest of these four indexes and is comprised of smaller companies.  Its outperformance is a sign of broadening within the U.S. equities market.  Historically, this can be a sign of further gains.

Here are the major averages year-to-date performance as of November 27th.

The mystery behind the market’s climb in face of widespread turmoil has several explanations.  First, there appeared to be a lot of nervousness going into the election.  The wide differing implications of the outcome forced many to get defensive.  It’s not clear which candidate caused more market fear, but when everyone realized that life would go on, investors stopped selling and returned to buying.

Along with getting past the election, the markets are anticipating an effective COVID vaccine and a complete economic re-opening.  This would include re-hiring of the idled workers, increased consumer spending, and capital investments. The expectation of starting on the path of economic growth helped drive the recent rally.

From a corporate earnings perspective, 2021 will look a lot better than 2020.  Markets discount future events and Wall Street believes that the U.S. will get through the pandemic.  This will help company bottom lines and the capital markets love to see an improving trend more than the absolute level of the numbers.  So, if the data is moving from lower left to upper right, the markets will be happy.

Another development that has helped the stock market has been a declining U.S. dollar.  The dollar index (symbol = DXY) began November at 94.12 and ended last week at 91.79.  This is normally a low volatility index, so this is a material move.  The 30-day correlation between the S&P 500 and the U.S. dollar is -.87.  The negative number indicates the two factors move in opposite directions and it strengthen as it approaches 1 or -1.  This recent weakening of the dollar has undoubtedly helped push the stock market higher.

This landscape could remain supportive for a while longer.  Our fiscal deficits and the prospect of increased borrowings are a significant drag on the greenback.  If the correlation remains deeply negative, stocks could keep rising.

The United States is facing several historic crises.  The pandemic, the election, the possibility of adding new states, and social division can strongly impact the direction of the country which will influence the economy and the markets.    As the Pilgrims’ bold actions changed history, we could be at a similar point.  The resolution of the issues we are facing will have a long-lasting effect.