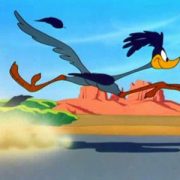 The pace of life in today’s culture is fast.  This we know.  A few years ago, we only got our mail once a day and it was delivered by the U.S. Postal Service.  Now we read freshly delivered emails on a cell phone while standing in line to buy a $5 coffee made from beans grown in Sumatra.

And we know that this swifter pace has changed the financial markets.  We have instant access to quotes, corporate and economic news, and all sorts of financial data.  Unfortunately, during the last couple of weeks this speed showed up in the form of a sudden price plunge.  It has traders wishing for a return to getting their quotes from a ticker tape.

On January 26th (two trading weeks ago) stocks closed the week at record levels.  It was an incredibly strong month to start 2018.  The market then, without much warning, reversed direction and fell hard and fast.  Below is a chart of the S&P 500 for 2017 through the selloff..  As you can see, December and January’s impressive gains were wiped out in a handful of days.  The blue line is the 50-day moving average.  Notice how prices moved so smoothly throughout last year but when the drop happened is was sudden and swift.  The S&P 500 sliced through its 50-day moving average and continued falling. Another indicator that demonstrates how dramatic this fall was is the RSI or relative strength indicator.  The RSI is a momentum measurement that tries to quantify the speed and change of prices.  It oscillates between 0 and 100 with readings above 70 considered overbought and under 30 oversold.  Below is a chart of the RSI for the past year.  We have taken this from Jason Goepfert’s Sentiment Trader blog.  It shows the astonishing plunge in momentum.  Mr. Goepfert points out that this move from overbought to oversold is the fastest ever.  He concludes, “that raises concern that we’re now in a different market environment”.

In the understatement of 2018 (so far), a lot of money was taken out of the stock market as prices fell.  According to Trim Tabs Research, a company that tracks money flows in and out of various asset classes, over $50 billion came out of equities, equity mutual funds, and equity ETFs during the first 2 weeks of February.  The previous record for monthly outflows was $46.5 billion which occurred in July 2002.  This graph shows the weekly flows.  Notice the incredibly steady inflows into stocks during the past couple of years together with the amazing flush in February. Now that we’ve described the carnage, let’s explore some potential reasons behind it.  January’s employment data was released on February 2nd.  As part of the report, the Labor Department estimated that average hourly earnings for private sector workers jumped 2.9% in January as compared to the year before.  This number raised Wall Street’s fears of inflation and stocks fell while the 10-year Treasury yield climbed to 2.85% which is its highest level since January 2014 (this yield has since moved higher but closed last week at 2.83%).

Inflation, despite the Federal Reserve’s desire for it, would hurt the fixed income market as bond interest payments would have less inflation adjusted value (the real yield).  As a consequence, interest rates would move higher.    Further, corporate earnings might suffer if companies can’t pass along increased costs.  And, if inflation gets too high, the Fed might quicken the pace of interest rate increases which could be an economic headwind.

That Wall Street has inflation worries is an noteworthy change.  Previously, the financial markets’ concerns were more about deflation, but there was confidence that the Fed could prevent it.  Now the markets acknowledge that inflation could be a problem and apparently there is some doubt that the Fed can handle it without upsetting the economy and the markets.

Another contributor to the stock market mayhem involves volatility products.  The VIX index (the CBOE Volatility Index) shows the market’s expectation of 30-day volatility. It is constructed using the implied volatilities of a wide range of S&P 500 index options.  The VIX is widely used in judging stock market risk and the index has a 27 year average of around 19.

The VIX was launched in 1993 and quickly grew in popularity as a gauge for stock market risk.  A separate index was developed for the Nasdaq – symbol VXN.  VIX futures began trading in 2004 and VIX options were introduced in 2006.  Since the financial crisis, exchange traded funds (ETFs) and exchange traded notes (ETNs) began trading.  These securities are tied to the VIX futures market.

As we’ve pointed out in previous newsletters, 2017 was the calmest ever for the capital markets and the VIX averaged 11 during the year.  This tranquility resulted in the strategy of selling volatility through the various VIX derivatives.  This evolved into a virtual flock of geese laying golden eggs as volatility drifted lower and those short sales decreased in price (profits for those who sold).  Further, traders were emboldened as it appeared that the the Fed was determined not to let the stock market fall (and volatility increase).

As the popularity of this trade grew, it included both retail investors as well as institutional players.  An extension of this trade was to increase or decrease equity exposure depending on the direction of your VIX trade.  In other words, increase stock positions as the VIX fell and sell equities if the VIX climbed.  This became a somewhat self fulfilling trade.  For those old enough to remember the markets in the 1980’s, this is similar to the portfolio insurance strategy that contributed to the 1987 crash.

To be sure, this trade was not so common that it was the dominate happy hour topic with everyone bragging about how much they were making by selling “vol”.  However, it was a widespread approach among hedge funds especially those involved in risk parity strategies.  And if hedge funds are doing it, leverage is applied.

Once the VIX panic started, it spread fast.  And interestingly, its largest impact was the U.S. stock market.  Yes, international bourses were affected, but they didn’t encounter the selling that the U.S. market underwent.  Further, the emerging market indexes, usually a victim of global panics, weathered the storm pretty well.  And there was no rush to traditional safety plays such as Treasuries (yield didn’t plunge) and gold (it actually traded lower).

By the end of the week there were some encouraging signs.  U.S. stocks stabilized and recovered a little.  The VIX retreated from the 50’s and looked like it would return to the low 20’s.  Investor sentiment had collapsed which is a good sign as pessimists usually have sizable cash positions which could come back into the market.

On the negative side of the ledger, the depths of the damage are unknowable at this point.  Even if the markets return to their calm ways, we could still see some players taken out in body bags.  There are struggling hedge funds that could have been over leveraged and unable to adjust to the turmoil.  Or an extended “vol” trader who is pressed his bets and is going under.

In addition, the emotional damage to investor psyche could require more time to heal.  With all of the money that has flowed into the stock market over the past year and one-half, this sudden drop could begin to cause investors to second guess their confidence.  And if inflation indicators keep popping up, it’s a good bet that we have not seen the lows for the year.

Of course, recalling that everything happens faster these days, it’s possible that all of the negatives were quickly resolved and the markets will resume their move from lower left to upper right.  However, it would be wise to keep in mind the speed of this month’s decline and develop a plan if we begin to trade lower again.  Indeed, the markets are making us stay nimble as well as fast.