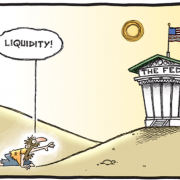 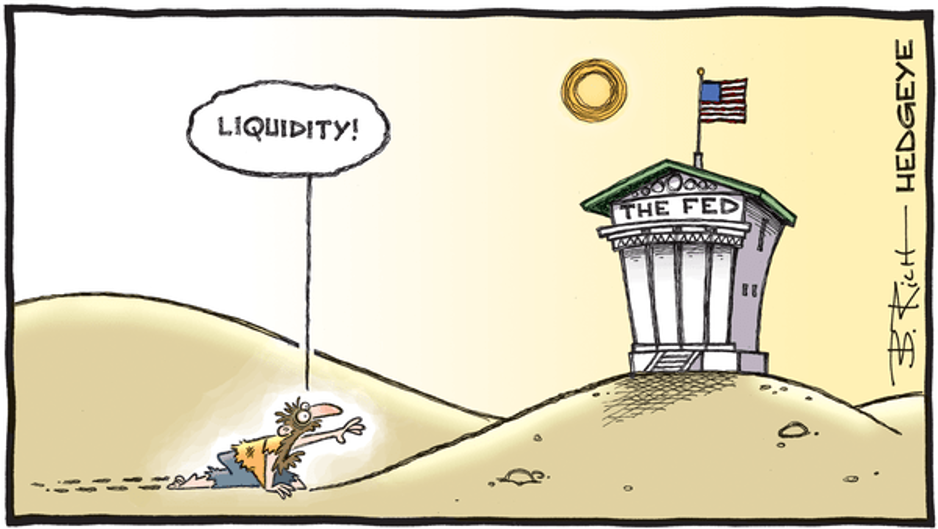 “Enthusiasm is the electricity of life”​ – Gordon Parks

Tesla makes electric cars.  Their cars are a high-end product with many exciting features.  Tesla Autopilot is a driver assistance system that includes lane centering, adaptive cruise control, and self-parking.  Their supporters passionately believe they are a cutting edge technology company that is transforming the automobile industry.  Further Tesla’s “sister” companies have solar and space travel initiatives.

Tesla also produces controversy.  Elon Musk, the CEO, has been fined by the SEC for lying to investors and many think it was a token fine given the circumstances and the penalty should have been much more severe.  Upper management has been a revolving door with repeated departures in key positions such as CFO chief legal officer.  Many analysts are suspicious of the published financial statements.  Finally, complaints over quality and customer service proliferate social media.

In case you’ve been distracted by trying to keep your New Year’s resolutions, Tesla’s stock price (symbol = TSLA) has been doing very, very well.  At the end of October, it traded around $250 per share.  It touched $960 in early February.  Below is a one-year chart that shows the recent parabolic move. 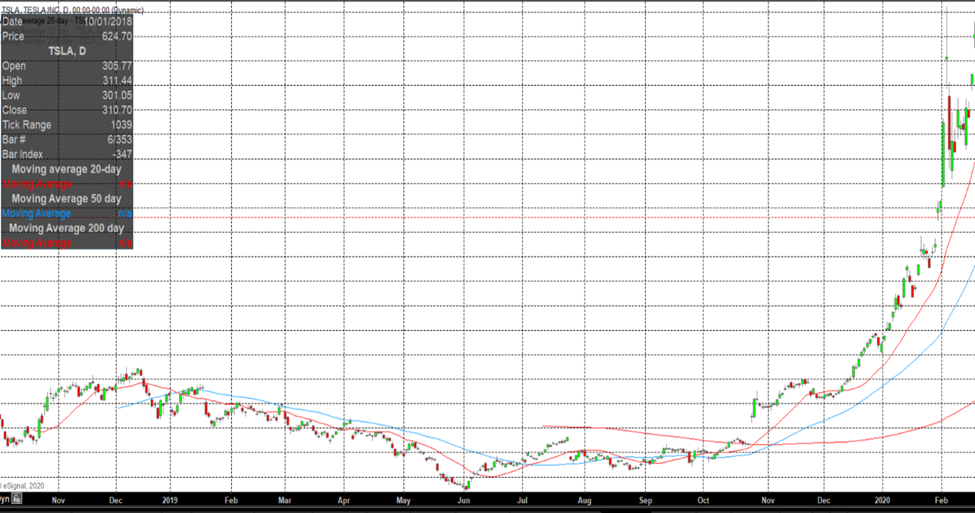 From a financial perspective, Tesla is making progress.  They reported record deliveries in the latest quarter and posted an unexpected profit.  They delivered their first vehicle made in China and announced plans for a new plant in Germany.

After the stock’s almost tripling in three months, the company, who needs money, did a secondary stock offering.  Normally, a company’s stock drops with a secondary offering as current shareholders are diluted.  In other words, after a secondary offering, there is a greater number of shares to divide into the earnings which means lower earnings per share.   Hopefully, after some time and the newly raised capital is becoming productive, the stock starts to move higher again.

Tesla’s stocks suffered the typical pullback.  However, instead lasting months, Tesla’s pullback was only for a few hours.  The secondary offering price was set at $767 which translated into around $2 billion raised (investors buying the secondary offering got it at $767 per share).  This was a 4.6% discount to the previous day’s closing price.  TSLA traded down to $787 and then reversed and closed narrowly lower than the previous day and well above the secondary offering.  It was a remarkable development which left the Tesla skeptics more confused and frustrated than the Democrats.  Not an easy task!

Tesla bulls naturally credit Elon Musk for this recent stock performance and it’s logical to associate a stock’s price with the performance of the company’s management.  In this case, Tesla investors should also credit their good fortune to Jerome Powell, the Federal Reserve, and the world’s central banks.

Tesla, Uber, We Works, and other recent startups partially owe their existence to central banks.  As the global monetary bureaucrats have manipulated interest rates to record low levels and pumped the system with liquidity, there are companies that exist that wouldn’t under historically normal interest rate conditions.

As a reminder of how unusual the current financial environment is, at the end of 2019 approximately $11 trillion of bonds were priced with a negative interest rate.  The ECB (European Central Bank) and BOJ (Bank of Japan) have basically cornered the European and Japanese fixed income markets by creating currency and using it to buy bonds in the open market.

Here in the U.S., the Fed’s involvement in the repo market began in September.  Chairman Powell will not call this effort another round of easing and maintains that it is temporary.  Nevertheless, it is pushing liquidity into the system which helps the financial markets.  Here is a graph showing the recent growth in the financial assets owned by the Fed.  The spike beginning last fall is easily seen. 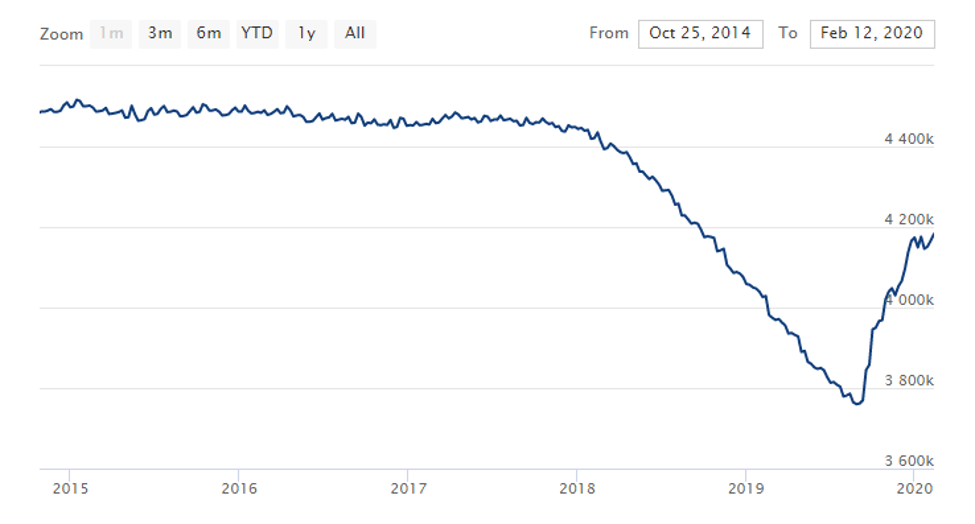 While TSLA’s stock has been a star, the rest of the capital markets have also done well.  The major averages are up for 2020 along with the bond market.  It has not been easy as investors have had to deal with the Senate acquitting President Trump, the fallout from the State of the Union address, the coronavirus, and corporate earnings.  Here are how the major averages are performing for 2020 as of last Friday.

The added liquidity has helped the bond markets and yields have fallen as the 10-year and 30-year Treasury yields are approaching all-time lows.  Strangely, this drop in yields is taking place within a strong economy.  Normally, falling yields are a sign of economic weakness.  Last week the 10-year note closed at 1.59% and the 30-year bond settled at 2.04%.  This move lower could be related to worries of the economic impact of the coronavirus.

Looking at earnings releases, with over 1,100 companies reporting since the first of the year, 66% have exceeded their estimated earnings number.  Almost 65% have beaten their expected revenue levels.  However, looking forward, management guidance for the future has been a net negative (more reducing guidance than raising).  This could be a function of the economic uncertainty due to the virus as well as the upcoming U.S. elections.

The financial markets look forward and attempt to discount the future.  Given the news flow and the social division, it would seem obvious that the markets would be somewhat uneasy.  But this is not the case.  In fact, the stock market is trading at record high levels.  Of course, this could be part of the Tesla thesis.  As is the case with TSLA, the liquidity provided by global central banks might be masking the reality of the markets’ risk.

Tesla has been a controversial company.  Its supporters believe they can do no wrong while their critics think it is a fraud.  This discussion is not intended to recommend or discourage purchase of TSLA but rather to point out how the company has benefited from years of central bank intervention in the financial markets.

Concerning the Federal Reserve’s involvement in the capital markets, a question to ponder is whether this interference is a permanent situation.  Many expect central banks will ultimately return to historically normal policies.  That is getting harder to believe given that the Fed has been aggressively using unconventional monetary tools for over 10 years.  If the current financial environment become standard operating procedures, investment analysis and risk management will be a lot harder.  Quantifying the ability of hundreds of Ph.D.’s who are “data dependent” along with their capability to deal with self-inflicted crises will be an impossible task.  Kind of like explaining Tesla.