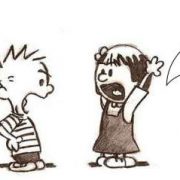 In a world where every statement, email, social media post, wink, nod and gesture causes rage, insult, and protest, the recent news flow has turned up the heat on everybody.  This is no small task given the already intense state of opposing emotions and opinions.

Starting with the least controversial (sports), Justify became the 13th horse to win the Triple Crown of thoroughbred racing.  The Washington Capitals hockey team won the sport’s Stanley Cup after years of frustration at being the regular season’s best team yet losing in the playoffs.  In golf, Justin Thomas won the U.S open for the second straight year something that hasn’t happened since Ronald Regan’s second term.  And of course, soccer’s World Cup has the world’s attention with thrilling wins and upsets.

The Summit with President Trump and Kim Jong Un could be 2018’s biggest story.  Clearly, there is a long path to denuclearizing the Korean Peninsula completely and many challenges remain.  But it’s remarkable that the two leaders met face to face and signed an agreement.

The Department of Justice’s inspector general report on the FBI’s handling of the investigation of Hillary Clinton’s emails was released.  The report concluded that there was no clear evidence that the Clinton probe was tainted by politics.  However, the report was critical of the FBI and President Obama’s Justice Department for “departing so clearly and dramatically from FBI and Department norms”.[ii]  The report strongly implied a culture of bias and corruption with both organizations.

Current FBI Director Christopher Wray, as expected, defended the FBI and responded that changes would include further training for senior executives and rank and file agents.  This training would be focused on the policies that were not followed in this investigation (but have been in place for years).  These types of “do overs” at taxpayer expense, can’t help Washington’s reputation (which is ok as it helps Wall Street move up the public opinion totem pole, although likely still trailing lawyers).

Tariffs are the next important item recently hitting the news wires.  President Trump proposed additional tariffs on Chinese imports two weeks ago. This was countered by increased tariffs on U.S. goods imported into China.  And again, the U.S. responded with additional tariffs.  Trade inequities need to be resolved but tariffs are not the optimum path and how this continues could be an economic headwind.

Ideally the Federal Reserve would be an afterthought.  And given the important developments, it’s easy to overlook that they raised interest rates at their latest meeting.  Importantly, they indicated that two additional increases could occur in 2018. This announcement wasn’t a huge market shock.

There had been chatter over four possible 2018 hikes, but it wasn’t given a high level of probability.  That changed with this recent announcement as a September interest rate increase is very likely with another to follow before the end of the year.

The capital markets are still adjusting to Fed Chairman Jerome Powell whose communication methods differ from his predecessors.  Mr. Powell hasn’t been using the cryptic language that Alan Greenspan, Ben Bernanke, and Janet Yellin employed to reassure traders and investors.  (Alan Greenspan actually said that he worried “terribly that I might end up being too clear”!)  The markets got spoiled from the constant coddling from prior Fed heads during the past 30 years.  But the bigger change is that interest rates are not moving lower.  They are moving up.  And probably for the long term.  This is a big change for the economy and markets.

The stock markets’ have had a very unique reaction to these developments.  Like the polarized society, the markets have separated.  Until last Friday, the Dow Jones Industrial Average was down 8 days in a row.  Blue chips bounced on Friday otherwise the Dow would have tied its longest losing streak since 1978.

As the Dow has been falling, technology and small cap stocks climbed higher.  The Nasdaq and Russell 2000 both closed at record levels last week.  Also, the Russell has closed higher for the past 8 weeks.  The theme behind the Russell’s move is that this index is made up of smaller companies that are domestically focused and, therefore, won’t be impacted by trade wars. We’ll see how that plays out.  Here is where the major averages closed last week.

At the beginning of June, the S&P 500 pushed above a short term trading range that it had been in for weeks.  Not surprisingly the top of the range was widely known (S&P 500 2,740).  Once the S&P 500 traded above that level, many anticipated the run to continue back to all-time highs at 2,872.

Unfortunately, there was very little momentum after the breakout and stocks floundered. Maybe the rally to a new S&P 500 record is forthcoming – nothing has happened that precludes it.  However, this could be a sign of underlying weakness and, if we fall back into the trading range, it might signal some summer weakness.

Another intriguing development is the flattening yield curve.  As short term interest rates have risen, longer maturities have not proportionally climbed.  This is shown in the spread between the yield of the 2-year Treasury note and the yield of the 10-year note.  The 2-year note closed last week at 2.54% while the 10-year ended at 2.89%.  This 35 basis point spread is down from around 80 basis points a year ago.

Below is a graph that illustrates the changes in the U.S. Treasury yield curve during the past year and since March (courtesy of Grant’s Interest Rate Observer).[iii]  It shows the yield for various maturities.  Clearly, the Treasury curve was much steeper in June 2017 as compared to today.  The 3-month Treasury bill has almost doubled its interest rate while the 10-year and 30-year rates have moved much less.

This narrowing of this spread (or flattening of the yield curve) can be a signal of a slowing economy.  Currently, that doesn’t seem to be the case as GDP is expanding.  Alternatively, perhaps it is a sign that the markets doubt that the Federal Reserve will continue to hike short term rates.  Maybe the geopolitical news flow or the upcoming mid-term elections will result in the Fed delaying some future increases.  Or perhaps the market believes that the tightening that has already taken place will be enough to impact the economy and nothing further will be needed.  This will be an important area to watch in the second half of 2018. There is no clear relationship between cultural division and unrest and the capital markets.  However, it’s easy to think that social turmoil is probably not the best economic backdrop.  On the other hand, that this bickering has polarized Washington could be a positive as a hamstrung legislative branch can’t inflect further economic damage.

The stock markets’ lack of follow through after the mid-June breakout and the flattening of the yield curve are disconcerting signs.  On the positive side of things, the job market is historically strong, the economy is growing, and expectations for corporate earnings remain upbeat.  This conflict within the capital markets combined with national unrest will make for an exciting summer.