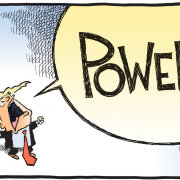 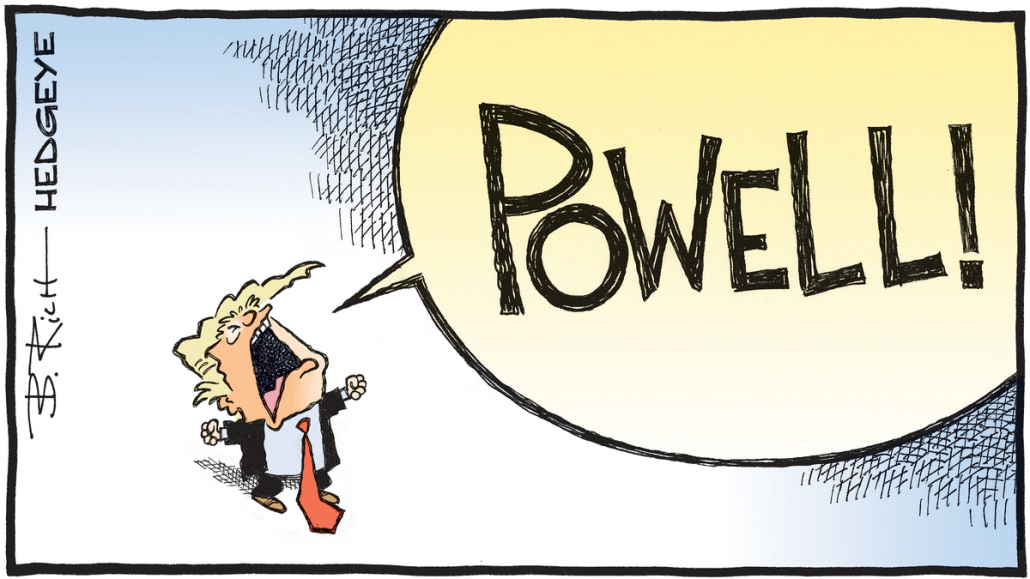 The market mayhem began last fall when stocks dropped over 20% in the 4th quarter. As you may remember, the Fed was raising interest rates and reducing the size of its balance sheet (another monetary tightening mechanism) throughout the year. The market buckled in October and then nosedived in December as interest rate rose to multi year highs and international economies wobbled. Further, market strategists were predicting more interest rates increases in 2019.

Things changed in the first week of January. Federal Reserve chairman Jerome Powell softened his view on future interest rate hikes (this was quickly named the ‘Powell Pivot’) which became music to the market’s ears. Wall Street recognized the importance of this policy switch and began an impressive upswing. The S&P 500 went on to have its best first half of a year in over 20 years (1997).

While a good economy and corporate earnings helped drive stocks higher, it was clear that the markets were intensely following the Fed. But just as important, the Fed was following the markets. Similar to January 4th’s Powell Pivot, which was in response to the market’s upheaval in December, the Fed chairman openly ‘hinted’ on June 4th that the next interest rate decision would be a cut and that it would be happening soon. This triggered a rally that reversed weakness in May and stocks moved to record levels in July.

The Fed’s dual mandate is price stability and full employment. But there is little doubt that the central bank is closely following developments in capital markets. In turn the markets are following every syllable in speeches and news releases from the Fed. Within this reciprocal watching, let’s hope one of these parties knows what they are doing.

Putting some numbers behind this view, the table below shows the impact that Chairman Powell has had on the stock market. As shown, between 60% and 70% of the 2019’s gains took place in the week after significant Powell proclamations. Naturally, the bulls are counting on the Fed having more market friendly ammunition.

Recently the stock market has undergone some indecision. Prices fell at the beginning of August and then have spent the past weeks zig zagging with almost daily 1% moves. Each trading day’s direction is seemingly driven by breaking news about trade wars escalating or subsiding together with rising and declining risks of a possible recession.

Unfortunately, there have been some nasty air pockets in August with daily declines of 600, 700, and 800 points for the Dow Jones Industrial Average. This has resulted in a 4 week losing streak for U.S. stocks. If Mr. Powell is indeed watching, it looks like the stock market might be in need of some soothing words. In the meantime, here are the year-to-date performances for the major stock averages.

Despite the August selloff, U.S. stocks have had a good year. Likewise, the fixed income market has had a good 2019 as interest rates, contrary to expectations, have declined. In addition to last month’s cut in the overnight lending rate by the Fed, the 30-year U.S. Treasury bond recently fell to a record low yield. In fact the longer maturities yields have dropped further than the short end of the yield curve. This has the yield curve inverted (shorter maturities with higher yields than longer maturities) and could be a sign of a forthcoming recession.

Falling interest rates are not exclusively a U.S. development. Interest rates throughout the global financial markets have fallen. The remarkable part to this situation is that many in the world are already below zero! Over $15 trillion of bonds have a negative yield which is up from less than $10 trillion earlier in 2019. Not surprisingly, Bloomberg has developed an index that just tracks the amount of negative yielding debt.

Below is a table of the developed economies’ sovereign debt and the yields for various maturities.[i] As shown, positive yielding government debt (the green color) is at risk of being added to the endangered species list. It is astonishing that all maturities for leading countries such Germany, Sweden and Switzerland have yields below zero. France and Japan are close with only the longest dated bonds still above zero.

The United States offer the best yields among developed economies. The financial media commonly refers to this as the “the cleanest dirty shirt”. A question that is being debated is whether U.S. yields ultimately drop below zero. Several Federal Reserve speakers have suggested using more aggressive strategies when dealing with the next recession or financial system upheaval. This has led to speculation that negative interest rates will eventually part of the U.S. financial landscape.

A recent The Wall Street Journal article reported that the 2nd half of 2019’s earnings estimates are being lowered.[i] S&P 500 companies’ earnings for 2019 were originally forecast to grow 6% as compared to 2018’s level. Now they are expected to be up 1.5% for the year with the 3rd quarter number to be a contraction when compared to the 3rd quarter of 2018. Analysts predict profit growth will return in the 4th quarter. The reasons for these earnings cuts include the usual suspects – tariff uncertainty, slowing global economies, and worries over financial conditions.

The current financial and economic backdrop is a blend of inverted yield curves, negative interest rates, and slowing growth. A big worry is that central banks are fighting this battle with the same methods that have not worked for the past 10 years. One of the largest obstacles is the record amount of debt throughout the world. Government, consumer, and corporate debt totals have been growing for years. At some point the financial system will stop supporting this trend. Some adult decisions on fiscal policy are long overdue.

On the positive side, the U.S. economy is growing. While worries over a recession have increased, there is no definitive sign of one impending. Another, tailwind will likely to come in the form of more interest rate cuts by Jerome Powell and the Fed. If the unknowns around tariffs and trade decrease, global economic conditions might become more balanced.

The S&P 500 was flat over the past 12 months. However, the volatility within this timespan was noteworthy. The markets had a horrid 4th quarter last year. A friendly Fed helped calm investors’ fears and conditions stabilized. However, the crosscurrents impacting the environment are just as serious as last year which is part of the reason markets have been so hard to understand. As the Fed and the capital markets follow each other, there’s hope that working together will result in continued economic growth and calm markets.

To Infinity & Beyond!!
Scroll to top