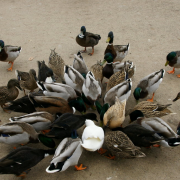 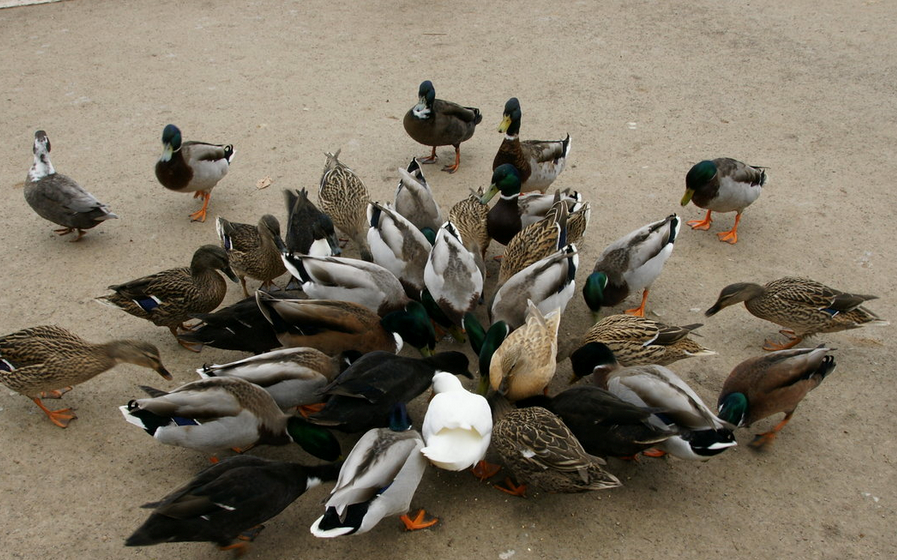 Within Wall Street’s lexicon, there are numerous animal references. Obviously, the most recognizable are the bull and the bear. But there are others including dog (underperforming stock), pigs (greedy investors), sheep (investors following the crowd), and unicorn (startup company).

As it’s widely known, the “bulls” represent optimists who are expecting higher prices. On the other hand, “bears” are worried that there is trouble ahead and believe that financial asset prices will decline. The origin of these metaphors are unclear but one explanation refers to the animals’ respective motion of attack. The bull thrusts his horns upward while a bear swipes his claws in a downward motion.

Another eccentric animal reference within Wall Street’s jargon involves ducks. Despite the vast reach of the capital markets, it’s hard to associate ducks with finance. Like many aphorisms, the origin is uncertain but the meaning is clear. The saying is “When the ducks are quacking, feed them.” The meaning is that when the public demands something new and exciting, Wall Street will find a way to give it to them. Or in other words, offer the assets that meet the demand of the buyers.

The current situation involving quacking ducks is in the IPO (Initial Public Offering) market. The flock is being fed as there was a one-month record dollar volume of IPO’s in May ($16.6 billion). The February to June stretch was the largest four month period of issuance on record.

Some of the noteworthy and highly anticipated deals in 2019 include Uber, Lyft, Beyond Meat, Chewy, The RealReal, and Slack Technologies. Further, there is excitement about upcoming offerings for WeWork, Peloton, and Postmates. Also, Saudi Arabia is considering listing ARAMCO, their government owned oil producing company. The rumors are that the deal could value the company at $2 trillion.

Of course, hot IPO’s are reserved for the largest clients. This means that the public is often shutout of the most desired deals. But remember, if the demand is there Wall Street will find a solution. In this instance, they fed the fowl by forming funds that invest in IPO’s. For example, in 2014, Renaissance Capital launched an ETF that buys IPO’s – naturally the symbol is IPO.

While the ducks are being fed, it may be the equivalent of fast food. Uber’s latest quarterly results showed revenues of $3 billion and a $1 billion loss. Lyft reported $776 million of first quarter revenue and a $1.13 billion dollar loss. WeWork’s 2018 bottom showed a loss of nearly $2 billion. None of these companies are forecasting profitability in the near future.

At the moment, investors don’t have a problem with massive and astounding losses. Of the more than 100 companies that completed a venture capital IPO since 2010, 64% were losing money.[i] Renaissance’s IPO ETF, whose holdings are bleeding red ink, outperformed the S&P 500. The ducks are indeed quacking.

One of the primary reasons such lunacy exists is low interest rates. Global central bank meddling in the fixed income markets is the main culprit. The European Central Bank (ECB) has cornered the continent’s fixed income market. They and the Bank of Japan (BOJ) have bought so many bonds in the name of stimulus that large parts of the fixed income markets trade at negative yields. It’s gotten so bad that some European junk bonds now have negative yields. In other words, some of the least credit worthy borrowers are able to issues debt without paying any interest.

While we don’t have negative interest rates in the U.S. (yet), the Fed is expected to cut rates perhaps as soon as the July meeting. As they make their decision, they are likely sensitive to the unicorn market’s needs for pre-IPO funding. Further, the Fed understands the significance of the sector’s stock market popularity.

Whether admitted or not, another Fed consideration is the stock market itself. On this front everything seems ducky. The three major averages all closed last week at record highs. Furthermore, the S&P 500 had its best “June” since 1955 and the Dow Jones Industrial Average had its best first half of the year since 1999. Here are the year to date performance number at last week’s close.

The second half of July will be the height of quarterly earnings reports. While expectations have been lowered, management’s guidance will be the focus of investors. The reports so far indicate companies don’t have a clear vision of the conditions for their markets. Trade issues and tariff uncertainty are a big part of this problem.

As mentioned in the last newsletter, there is a fair amount of caution. Professional managers had the highest levels of cash in several years and were defensively positioned. This cash won’t stay on the sidelines long especially if June’s move continues. This would result in a self-fulfilling rally as investment managers experience FOMO (fear of missing out).

This might be happening now as there are rumors of hedge funds and trading operations shutting down their short books.  This is part of the portfolio that does short selling which is a bearish strategy that looks to profit from market declines. The unwinding of a short position is to buy the stock or bond back (having previously sold it). If this is what is happening, bears will become an endangered species on Wall Street as stocks keep climbing.

If the markets trade higher, it will create a favorable backdrop for upcoming IPO’s.   Also, it’s possible that the current exhilaration is actually the early innings of this cycle. Nevertheless, given the lack of profitability of these unicorn companies, the IPO craze could suddenly stop.  History contains prior periods of IPO euphoria ending in tears.

Being a bull on Wall Street has been fun this year. Stocks recovered from 2018’s horrible 4th quarter and December sell offs and have returned to record levels. Unicorn investing has probably been a little more fun than being a bull as the investors providing the early capital are getting a chance to cash out. In other words, the ducks are eating well. On the other hand, the bears in the Wall Street zoo have been bruised. While their population is definitely smaller, they are not totally extinct. The bulls shouldn’t get too overconfident as the ursine sloth can start to grow at any time.

“Changes in Latitude, Changes in Attitude, Nothing Remains Quite the Same...