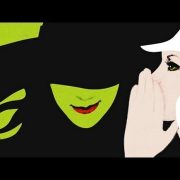 Popularity is hard to achieve.  The competition for the audience’s attention and affection is fierce despite the fact there are so many more ways to reach them.  For example, putting out a YouTube video is as easy as focusing your smartphone.  And the plentiful options for distribution include Facebook, Twitter, LinkedIn, Snapchat, and Instagram.  However, breaking above the endless and constant flow of information that bombards our normal daily activities and becoming noticed is the challenge on the path to popularity.

Of course once popularity is attained, it is difficult to maintain. And those who have the knack of sustaining their fame have a special talent.  Applying these thoughts to the capital markets, the quintessence of human emotion, we find a situation that rivals the stoutest high school clique.  In the equity markets, the FANG stocks are the equivalent to being on the cover of People Magazine every week.

Popular stock market leadership is nothing new.  Radio and car makers (new technologies at the time) were darlings in the 1920’s, the Nifty Fifty dominated trading in the late 1960’s and 20 years ago there a Dot Com bubble with a handful of stocks leading the charge.  Today FANG (or FANG +) is comprised by Facebook, Apple, Amazon, Netflix, Nvidia, and Google.  Some expanded versions include Microsoft and Cisco Systems despite “M” and “C” not fitting into the acronym (traders aren’t very picky on the grammar as long as the stock is going up!).

FANG’s February muscle flex was historic.  As the stock markets have recovered from their plunge, these favorites have been responsible for much of the bounce. To review, after making fresh all-time highs in late January, stocks plunged over 10% in 2 weeks.  During this air pocket, the major averages sliced through their 50-day moving average and approached their 200-day moving average as the intraday lows were made.  Stocks bounced on February 9th and rallied since then.  The S&P 500 has recovered around 50% of the decline but the Nasdaq Composite’s rebound was much stronger and brought this index back to within 1.6% of its January record.

While a recovery from the intense selling was welcome, this was far from a broad bounce.  At the risk of sounding picky, the speed and narrowness of the rally might be a concern.  To this point, as of the end of last week, the FANG gang accounted for 70% of the Nasdaq 100’s year-to-date performance (the Nasdaq 100 is the 100 largest companies of the Nasdaq Composite).  Amazon’s stock is responsible for 28% of the of the index’s 2018 gain while Microsoft is 12%, Netflix is 7%, Google 7%, Apple 6%, Nvidia 5.5%, and Cisco 5%.  That’s 7 out of 100 stocks contributing 70% of the index’s 2018 move.  That’s a remarkable development.

According to Thomas Thornton at Hedge Fund Telemetry (who is the source of this data) the normal attribution for these stocks range between 40% – 55%.  Given this 70% reading, it makes one wonder how poorly the other 93 stocks are doing.   For those keeping score at home, the Nasdaq 100 has a nice 7.8% YTD gain at the end of last week. While we on the topic, here are the major averages 2018 returns as of last week’s closing.

The Nasdaq 100 is not the only place where we see over weighted concentration.  Within the S&P 500, the technology sector has moved to represent around 25% of the index.  Throughout the last decade it ranged around 15% and since the financial crisis it has been around 20%.  The last time tech was this much of the S&P 500 was during the Dot Com bubble when its weighting topped out around 35%.

Just because technology has become oversized does not mean that the stock market will decline.  However, narrow market leadership is not typically associated with strong upward trends.  Still, the economy is strong, earnings are growing, and optimism is high.

Looking closer at corporate earnings, they have been strong.  69% of companies have beat their earnings estimates for their quarterly and year-end reports and this is the highest reading since 2006’s 3rd quarter.  Analysts increased their earnings estimates going into the reporting season which makes this ‘beat’ rate more impressive.  On top of these strong bottom lines, 73% of the companies exceeded revenue estimates.

Please note that this is looking in the rearview mirror.  Casting our eyes forward, there are a couple items of concern – rising interest rates and inflation.  Interest rates have been moving higher for some time but the recent move up across the yield curve has investors worried.  There is a lot of system wide debt and a sizable portion is adjustable rate.  The translation is that increased interest payments will hurt margins.

Also, there are some signs that inflation could be lurching higher.  January’s employment report showed increased wage pressures and some commodities prices are moving higher.  Lumber is trading at all-time record levels and crude oil has rebounded above $60 per barrel.  Higher prices could force the Fed to raise interest rates at a faster rate.  These could be issues contributing to the capital markets’ volatility.

The popularity of the FANG stocks have helped the markets recover from February’s drop.  As attractive as their shares are, Wall Street needs to see their charm spread beyond that small group.  If the S&P and Dow can close the gap with the Nasdaq, it would be a strong sign that the February’s drop is probably over.  If stocks continue to rely on FANG’s popularity, the rally would likely fail and lead to a revisiting of February’s unpopular levels.  Indeed, popularity is a heavy burden.

Slow Down, You Move Too Fast; You Got to Make the Morning Last.

“And now for something completely different….” – Monty...
Scroll to top