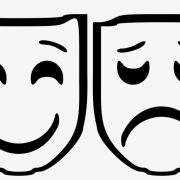 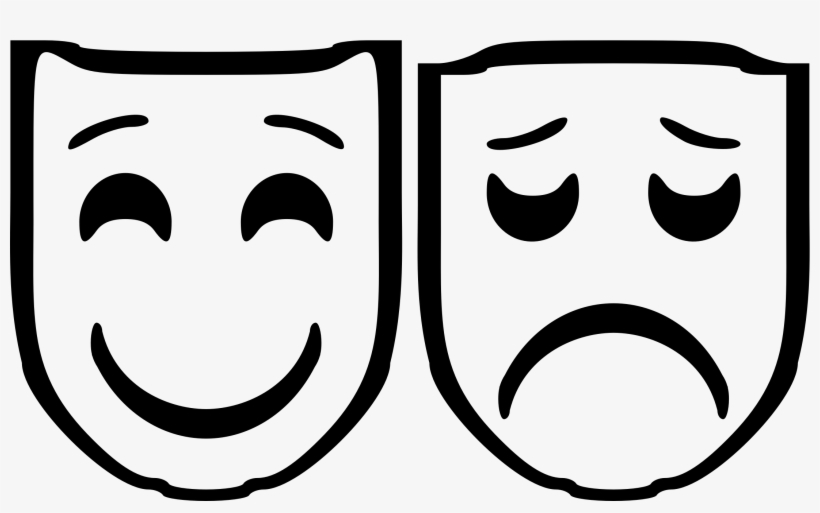 “Good Times, Bad Times, You Know I’ve Had My Share”[i]

Reviewing the past 3 months in the U.S. financial markets, we had the worst “December” since 1931, which was within the worst quarter since 2011.  Then we had the best January since 1987 that has extended to a 9 week winning streak for the Dow Jones Industrial Average, the Nasdaq Composite, and the Russell 2000 (the S&P 500 rose for the 4th consecutive week last week).  This sets up the best yearly start in over 25 years for the stock market.

The Dow and S&P 500 are approaching their September all-time high levels which few would have predicted at the end of December.  Certainly, the 20% selloff and subsequent rebound provide ammunition for the passive/buy and hold investors.  Why try to time the market if you are confident that selloffs will always be temporary?

Undoubtedly, Wall Street’s bears have been caught off guard with the stock market recovery.  There were many calls that December’s selloff was the start of a long and painful bear market.  Their crystal balls didn’t predict a broad two month rally.  The only people having a worse 2019 are the main stream media with their premature conclusions covering the Covington Catholic and Jussie Smollett stories.

It is said that Wall Street climbs a wall of worry.  This refers to the logic defying situation where markets are strong in the face of bad news. When this happens, it is a confounding backdrop and many are left scratching their heads.  This takes place regularly and could be a function of oversold conditions where all the negative news flow has already been discounted.

The great start to 2019 might be another example of “climbing a wall of worry”.  Certainly, the headlines are providing enough bricks, stones, and concrete to build a tall and sturdy wall.  First, December’s retail sales report was horrific.  It was the weakest monthly report since September 2009 or in the midst of the financial crisis.

Some other problematic data include a large drop in small business optimism, signs of weakness in the housing market, and notable softening in purchasing manager data.  Obviously, this has not discouraged investors.  And while it might be a classic “wall of worry”, the bears would suggest it’s “whistling past the graveyard”.

While the market skeptics have valid concerns, the bulls have an overpowering force on their side – the Federal Reserve.  Fed chairman Jerome Powell began to change his message from monetary hawk to dove in late December.  It continued in early January when he stressed words “patient” and “flexibility” when speaking about future interest rate increases and reduction of the central bank’s balance sheet.

Since then the accommodative rhetoric has increased.  The Fed sent out a slew of speakers last Friday featuring New York Fed President John Williams and Fed Vice Chairman Neil Clarida.  Mr. Williams addressed inflation targeting and the Fed’s inability to reach its goal.  Vice Chairman Clarida offered that the Fed will consider new monetary tools, if needed, including radical policies such as capping Treasury bond yields.

The bears are quick to point out that, despite recent bad news, the economy is expanding.  It’s puzzling that this dialogue is taking place within growth conditions.  There are many that think the Fed’s fickleness is all in response to the falling stock market.  Further Fed critics propose that the central bank panicked over the market turmoil during the 4th quarter and is sending the wrong message to the global capital markets

This has reinforced the belief that the Fed adjusts monetary policy not on economic developments but to protect the stock market.  This is known as the “Fed put” meaning that traders and investors don’t need downside protection because the Fed will take care it.  Anytime the market goes down, the Fed will step in to increase liquidity and reduce interest rates.  The criticism is that this distorts the markets role of price discovery and actually increases systemic risk.

It’s been 10 years since the financial crisis and these extreme policies are considered the solution.  Over 22% of the world’s debt trades at a negative interest rate.  The European Central Bank controls the continent’s bond market.  China has flooded its economy with over $1 trillion of liquidity in past two months as it tries to patch its financial potholes.    All this intervention (manipulation) is supposed to help the markets trade normally yet these are far from ordinary markets.  Maybe central banks are the problem.

If the stock market is the measuring stick, things are fine.  As mentioned, prices have stabilized and bounced from the Christmas Eve lows.  They have recovered back to levels in early December but remain below the all-time highs reached in early October.  Here are the major averages’ 2019 returns.

The Dow and the S&P 500’s strong yearly start could be a sign of more good things to come.  According to Dow Jones Market Data, when these two indexes rise 10% or more in the first two months, it often leads to further gains.  The graph below shows previous years when this happened.

As shown, it breaks out January and February versus the remainder of the year.[ii]  The two exceptions of when the rest of the year diverts from the direction of the first months are notable.  After a strong a start in 1987, stocks crashed in October.  In 1931 stocks began the year higher and then fell as the Great Depression was started to set in. 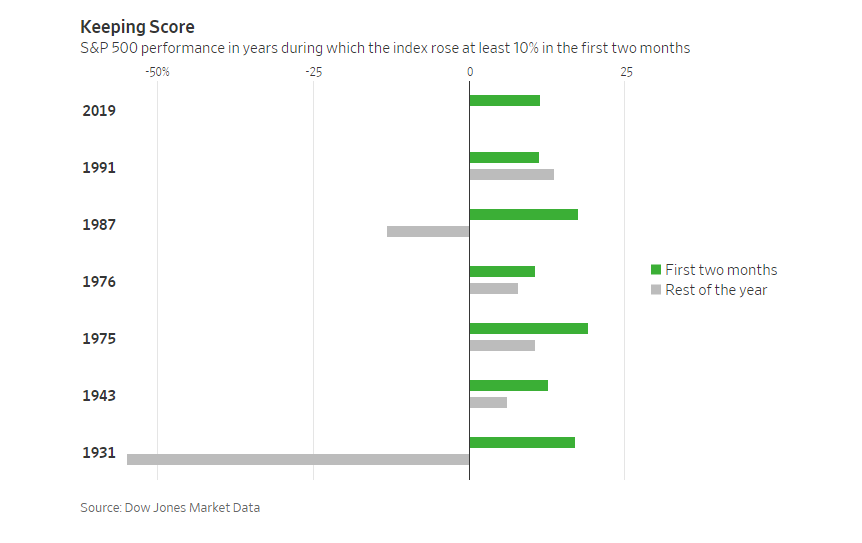 Although its’s never easy, the wild crosscurrents ripping through the world’s capital markets makes investing decisions more difficult than usual.  And within this backdrop, relying on the ability of global central bankers is not a safe strategy.  Let’s enjoy the good times while keeping an eye for the bad times.

“Some Are Born Mad, Some Achieve Madness, and Some Have Madness Thrust Upon...
Scroll to top