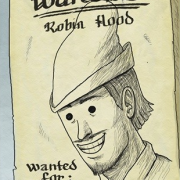 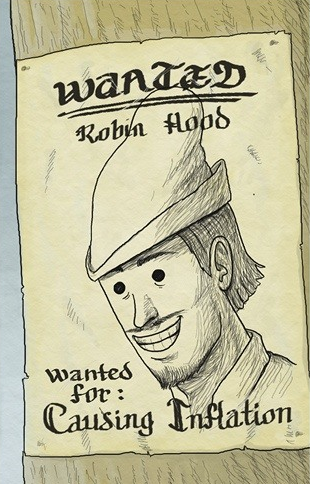 “We Steal From the Rich and Give to the Poor”

As with so many other parts of our lives, the capital markets are doing things differently.   The New York Stock Exchange, for example, had to close the trading floor for several weeks and all business was done remotely.    Tax deadlines were moved which pushed back some filing and reporting requirements.  And like the rest of the country, Wall Street has incorporated Zoom meetings and webinars as a method of communicating.

Another pandemic related change is the spike in the popularity of the Robinhood trading platform.  Robinhood Financial is a securities brokerage company that is trying to make the investing process easy.  According to their website, they offer “Investing for Everyone”.

Their goals go beyond simplicity as they also offer unlimited free trading.  And if a Robinhood user doesn’t have the money to buy a single share of Amazon (closed last week at $2,961 per share) or even Google ($1,515 per share), users can buy fractional shares of any stock.

However, Robinhood accounts don’t always buy blue chips.  In fact, it seems that the most popular positions are the junkiest companies.  One of the largest positions on the Robinhood platform was Hertz (symbol HTZ).  In case you didn’t know, Hertz filed for bankruptcy protection earlier in the year.  Chapter 11 filings typically make the company’s common stock worthless.  That didn’t stop the “Robinhoodies” from trading the stock and moving it from $1 per share at the end of May to over $6 in June.  It has since fallen back below $2 per share.  It’s no mystery that there are websites devoted to tracking the largest Robinhood positions.

It’s unclear what role Robinhood investors played in the stock markets’ bounce from the March lows.  Of course, it could an inverse relationship – the stock markets’ rebound has encouraged Robinhood users to flock to the stock market.  With sports gambling closed because there was nothing to bet on, bettors could have been lured to the financial markets for some action.

This leads to another related development – the return of day trading.  Brokerage accounts, including Robinhood, are seeing a surge in new accounts being opened by individuals.  Retail trading volume (individuals) set a record in March.  April and May both approached the March level and June is forecasted to exceed March.

The stock markets’ allure is not exclusive to Americans.  According to Grant’s Interest Rate Observer (July 10, 2020), individuals are responsible for 20.5% of all of Tokyo’s trading since the beginning of April.  That compares to a 16.6% share in 2019.  Thailand saw record high volumes last month helped by retail orders.  In Singapore, household accounts have net purchased 5.46 billion of Singapore dollars ($3.9 billion) of stock between March 2 and June 22.  This exceeds the S$5.13 billion of net sales by institutions.  As Jim Grant summarized, “Soccer move over. The world has a new universal pastime.”

It’s easy to believe that all of this fits into a financial fairytale and everybody lives happily ever after.  Unfortunately, there have been numerous nightmares for Robinhood users.  The New York Times reported that after analyzing filings “More than at any other retail brokerage firm, Robinhood’s users trade the riskiest products and at the fastest pace” (July 8, 2020).  It takes unique talent to trade risky securities or to trade frequently.  To do both is special.

The company admits that their average customer is young and inexperienced.  Unfortunately, The NYT article tells the tale of a 20-year old college student who committed suicide after seeing his Robinhood balance had dropped over $700,000.  Sadly, the information was not completely accurate as some trades that would have reduced the loss in value were not included.

As the stock markets have rallied, investors naturally looked for good advice and information.  And just like Robinhood provided a new way to trade, Dave Portnoy offered advice.  Mr. Portnoy founded Barstool Sports which began life as a Boston newspaper.  It covered the local sports including betting guidance and fantasy sports forecasts.  However, the Celtics and Red Sox weren’t the only topics.  Pizza reviews became a staple as Dave Portnoy would rank various restaurants.  As the internet took off, Mr. Portnoy moved his content there and it became a media sensation.  Barstool Sports sold a majority stake to a larger media company in 2016 and then sold 36% of the company to Penn National Gaming earlier this year.  It is worth an estimated $450 million.

With sports gambling, bars and pizza parlors shut down, Portnoy switched his attention to trading stocks.  “Davey Day Trader” offered trading tips via webcasts and, like Robinhood, ruffled some Wall Street feathers.  Portnoy took on Warren Buffett as he blasted him for selling airline stocks in March.  Davey Day Trader was buying them and after they recovered, he told his viewers “I’m sure Warren Buffett is a great guy but when comes to stocks he’s washed up.  I’m the captain now”.

As stocks kept climbing, Portnoy took a victory lap telling viewers, “Say it with me…stocks only go up!  Only losers take profits!”.  A recent “Davey Day Trader” strategy involved randomly picking letters from a game of Scrabble to determine the next stock symbol to buy.  Obviously, this is a slightly different method from scouring financial statements or developing a sophisticated computer algorithm.

Robinhood users, Davey Day Trader, and investors of all types are delighted with the stock markets’ rally since March.  In recent weeks the markets have been influenced by COVID-19 news and policy responses from Washington.  Increasing case numbers are bad news while vaccines developments and increased relief programs encourage the bulls.

COVID and Washington might play a lesser role over the next several weeks as 2nd quarter financial results will be reported.  With the pandemic and shutdown, the expectations are low.  An important part of this will be managements’ view of the future.  Most companies have stopped giving guidance because of widespread economic uncertainty, but investors will be eager for any nugget on future business conditions.  Here are the year-to-date returns for the major averages as of July 17th.

In other markets, bond yields remain at record lows with the 10-year yield closing at 0.63% on July 17th.  The dollar weakened slightly last week.  The dollar index (a basket of foreign currencies relative to the U.S. dollar) was down to 96.  This is approaching the low for the past 52 weeks at 94.90.  A weaker currency often leads to higher inflation – something the Fed has been unable to accomplish.

Inflation might be in the future.  Lumber prices spiked 60% in the second quarter after falling in the first quarter due to the economic shutdown.  The precious metals have been on a steady climb and gold is up 19% in 2020.  Oil has recovered from the plunge earlier in the year and base metals, agriculture, livestock are all gradually moving higher.

There has never been a year like 2020.  Apps offering free stock trading and sports gamblers giving investing advice are not out of place.  It should be no surprise that both have, with some exceptions, a good year while Wall Street veterans have been challenged.  Robinhood and Davey Day Trader have carved out a place in the markets.  It will be interesting to see how they do in the next correction or bear market.

“We the People of the United States…”
Scroll to top