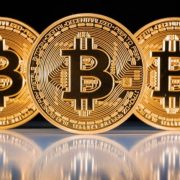 “There’s Something Happening Here, What it is Ain’t Exactly Clear”[i]

It was a fast moving week for the financial markets that started with strong reports from retailers on the Thanksgiving weekend shopping. In addition to this, there was good news on the housing markets and manufacturing. And GDP was revised up to an estimated 3.3%.

Aside from the economic data, Wall Street also watched Washington as the Senate worked on passing a tax reform bill. Rumors of passage pushed the Dow Jones Industrial Average above 24,000 for the first time on Thursday. However, there was other news out of Washington that had nothing to do with the budget (or immoral behavior) that derailed the rally on Friday.

The Dow suddenly dropped 400 points on reports that Michael Flynn, a former advisor to President Trump, had plead guilty to lying to federal investigators and was cooperating with those conducting the probe. As the news crossed the wires, traders sold first and asked questions later. But, as has been the case all year, prices stabilized and the selloff was bought. The indexes recovered in the afternoon and closed only marginally lower. Here are the year-to-date performances for the major averages at the end of last week.

Concerning the conquering of 24,000, it was the sixth 1,000 point threshold that the Dow has traded above for the first time since last year’s election. The Dow closed above 19,000 for the first time on November 22, 2016 which was 700 days after getting past 18,000 for the first time. Obviously the 20,000 through 23,000 were reached during 2017. And despite these 1,000 increments being easier on a percentage basis, it has been a quick trip when compared to the Dow’s historical performance. Of the six 1,000 point marks crossed since the election, it’s remarkable that they’ve only been crossed on the downside 5 times in total. Truly, 2017 has been an extraordinarily steady and constant climb.[ii]

Of course the Dow’s achievement is the turtle to Bitcoin’s hare. The crypto-currency is up over 1,000% in 2017 which includes a remarkable 50% rally in November. It’s no wonder that Bitcoin has gathered so much attention as well as questions. If fact, the controversy surrounding the crypto-currency is one of the few things that rival the polarization of President Trump.

Detractors include high profile people such as Jamie Diamond, the C.E.O. of JP Morgan. Back in September, he characterized Bitcoin as a “fraud”, described the situation as “worse than tulip bulbs”, and predicted that “It won’t end well. Someone is going to get killed”.[iii] While it’s unknown if Mr. Diamond is ultimately right, this proofs once again that there’s a fine line between being ‘early’ and ‘wrong’.

On the other hand, there is an important group of supporters of Bitcoin which recently added Wall Street to the list. The Chicago Mercantile Exchange (CME) and the Chicago Board of Options Exchange (CBOE) received approval to begin offering Bitcoin futures contracts.

Whether crypto-currencies and blockchain turns out to be bigger than the internet (as some predict) or the biggest scam of the century, there are some astounding statistics associated with it. The ‘mining’ of Bitcoin (or one of the other 15 crypto-currencies) requires a lot of power. The computers and networks that power Bitcoin transactions reportedly use more electricity on an annual basis than 159 countries including Ireland or Nigeria. And consumption connected with crypto-currencies increased 30% in the last month alone.[iv]

In a world where the President of the United States regularly tweets, Tesla is the highest valued U.S. car maker, and bonds are bought at negative interest rates, Bitcoin and the other crypto-currencies aren’t out of place. The degree of their safety and acceptance remains a question that will be answered over time.

Returning to the capital markets, stocks are clearly overbought and due for a rest. However, it’s very rare that December is a down month. Measuring over the last 50 years, December is the best performing month, averages a +1.57% return and is up 68% of the time.[v] So despite a Federal Reserve interest rate increase this month (an almost 100% probability), stretched valuations, and excessive bullish sentiment, it’s hard to predict a correction of any consequence.

On the other hand, it could be a dangerous point to put capital to work in equities. The Nasdaq Composite, 2017’s leading index, was down last week at the same time as the other averages were setting records. This could be nothing more than a natural rotation of leadership or it could be a sign of declining momentum. With tax reform almost assured together with strong economic data, the markets could be expected to drift higher into year end. While the Grinch could show up and spoil things, he’d be much better off skipping a trip to Wall Street to stay on Mount Crumpit and mine Bitcoin.