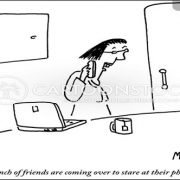 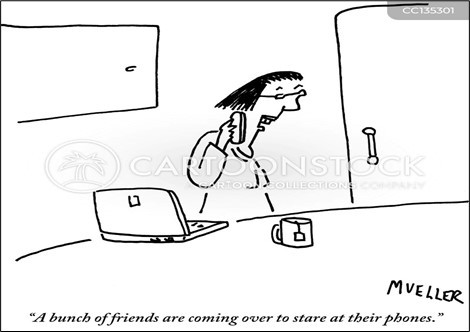 “So Long Will They Be a Little People, a Silly People”

The above quote is from the movie “Lawrence of Arabia” as the main character describes the fighting and squabbling among the local tribes and factions in the Middle East during World War I. The movie depicts British army lieutenant T.E. Lawrence and his life in the region during the war. Throughout the plot, Lawrence, being accustomed to the sophisticated British culture, is continually frustrated with the brutal and violent fighting between the divisions in and around the Ottoman Empire.

The above quote was resuscitated recently as talk show host Bill Maher (“Real Time with Bill Maher”) used it in describing the state of our country. Maher, who doesn’t wear a MAGA hat, harshly criticized the lurch to the left that is sweeping the country.

The HBO show host acknowledges that the U.S. has “already lost” to China because we are too busy on “Woke” culture battles. He compared the discussion on Mr. Potato Head’s gender that took place in the U.S. to our global opponents’ attention to teaching their children such things as math, science, history, and literature. He went on to say, “You know who doesn’t care that there’s a stereotype of a Chinese man in a Dr. Seuss book? China.”

The silliness goes beyond cultural issues including developments in the financial markets. Crippling and historic inflation, the Federal Reserve on a path to raise interest rates perhaps as many as 8 times, and the possibility of slowing economic growth. But the greatest silliness it that the dollar is at risk of losing its prominence as the reserve currency which would cause a massive shift in the global power rankings.

During times of emotional chaos, leadership can offer calm and reason. Unfortunately, the current lunacy is being promoted through the actions by our bureaucratic and political leaders. Since the 2008 financial crisis, the Federal Reserve journeyed on a path of unproven policies that involved injecting newly printed dollars into the financial system.

Here is a chart of the size of the Fed’s balance sheet. As shown, the money supply (the total amount of money in the system which is controlled by the Fed) doubled from 2008 and 2012 as the Fed flooded the system in response to the mortgage and financial crisis. It has continued to grow and is approaching an astounding $8 trillion.

In normal economic conditions, expanding the money supply on this scale would cause catastrophic problems. Inflation and a collapse of confidence are typical results as anything that increases that much is cheapened. The U.S. avoided this mainly through the fact that the dollar is needed for all international transactions, so our trading partners bought dollars needed for their economy. This kept the value of the U.S. dollar stable and helped the U.S. avoid facing any responsibility for the poor decisions. 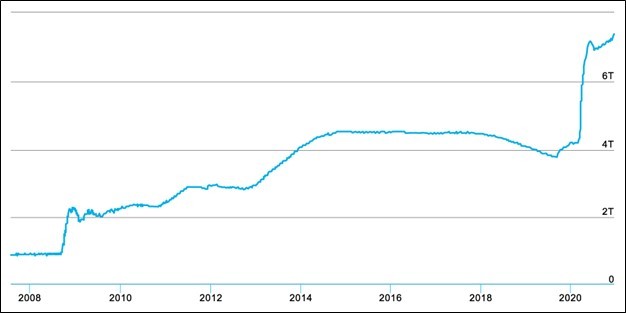 This confluence of events gave freedom to the silliest Americans which includes our elected government officials. Fiscal spending increased at a record pace as any logic and accountability has been ignored. Our government debt continually sets records, and no elected official is doing anything about it.

As an example, Washington recently passed a $1.5 trillion spending bill with no effort to finance it other than increasing debt to over $30 trillion. (If we add unfunded government liabilities to this debt amount, we are well over $100 trillion in debt).  But as bad as that was, the real insult was that the 2,700-page bill was distributed in the afternoon and Congress passed it in the middle of that night. This means no one read the proposal let alone debated it. We truly have become a silly people.

The markets might be getting its fill of this silliness. Stocks and bonds have been declining this year and the turmoil might increase. Bonds yields have been moving up which translates into lower prices. The 10-year treasury closed last week above 2.7%. Last summer the 10-year’s yield was below 1.2% and the increase is beginning to be reflected in such things as mortgages.

The stock market had its worst quarter in 2 years to start 2022 and the selling has continued in April. Here is the year-to-date performance for the major averages as of last Friday, April 8th.

Financial asset prices are a function of the expected cash flows from the investment. The second derivative of this is the economic landscape under which the entity operates. Of course, the cultural stability impacts the economy which impacts the earnings potential of business. When a culture is dominated by silliness, it will be a headwind to the conditions of a strong financial system. It is the direction that we are heading and risks are increasing.

“Why Can’t We Be Friends?”
Scroll to top