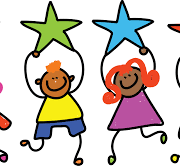 As we look back at the holiday season, there was some joyful reflection and celebration including relaxing time spent with family and friends.   Unfortunately, for some, the holidays are a time of overwhelming stress and frustration.  Sadly, there appears to be a thin line between these two emotional states and, hopefully, more people enjoyed much of the former and little of the latter.

This range of holiday emotions is comparable, on a certain level, to those that result from dealing with the financial markets. Sometimes there’s a great deal of cheer and jubilation and while other times are filled with lament and despair.  Looking back at 2017, joy and celebration dominated the capital markets.

In most years there are sectors of the capital markets that don’t perform well and even decline.  For example, sometimes an asset class such as commodities, real estate, or fixed income fall due to currency and interest rate movements or economic developments.  It is the natural ebb and flow of the markets.  In 2017, however, all asset classes advanced during the year.

Below is a chart reviewing various asset class returns for 2017.  It shows the steady move from lower left to upper right for stocks (both U.S. and international).  Equities were followed by U.S. real estate and bonds.  Commodities and managed futures (likely related to commodities) both recovered losses in the first half of the year and posted gains.  Hedge funds, as a group, provided mid single digit returns and continued to under perform stocks which provides more ammunition to the passive investing supporters. The table below shows annual returns of various asset classes dating back to 1998.  The sectors are ranked each year from best (on top) to worst.  The asset classes are basically stock and bond indexes.  It has two major U.S. stock indexes with the S&P 500 (dark green) and Russell 2000 (dark brown) .  International stocks are tracked via the MSCI World ex U.S. (gray), and MSCI Emerging Markets (orange).  Two fixed income indexes are included – the Bloomberg Barclays U.S, Aggregate Bond index (light green) and the Bloomberg Barclays U.S. Aggregate High Yield index (teal).  For more detail, the S&P 500 and Russell 2000 are broken down into growth and value – S&P 500 growth is light brown, S&P 500 value is dark blue, Russell 2000 growth is yellow, and the Russell 2000 value is light blue. (Apologies that size constraints make the text difficult to read).

Some noteworthy nuggets include the fact that for the past two years every sector has show positive returns.  While there are examples of this happening, three year streaks are not common.  This would suggest heightened risks for 2018.

Another important point is the rotation of the leading and trailing sectors.  In other words, last year’s winners could become this year’s laggards.  This rotation gives the table a quilt type appearance as leading sectors change and the colors move around (The exception to this is that emerging markets were the best performing sector 5 consecutive years – 2003 through 2007.  The move was very impressive with yearly gains of 55%, 25%, 34%, 32%, and 39%.  However, the emerging markets plunged 53% in 2008.)

More recently there has been the classic rotation.  In 2016, the Russell 2000 Value provided the best returns with an almost 32% increase.  2017 was a much different story as it was third to last and only up 8% (S&P 500 was up 22%).  It was the worst of the stock indexes and only beat the two bond indexes.  Another example involves the emerging markets index again.  For the 5 year stretch from 2011 to 2015, the emerging markets were the worst performer 3 years and the second to worst performer for 1 year.  They showed losses in each of those 4 years.  But from these depths it returned to be the top dog in 2017 (up 37%).

The table highlights the folly of blindly chasing yesterday’s winners while overlooking opportunities that have fallen from grace.  To be sure, sectors of the market can remain leaders for extended periods of time, but following an  investment strategy that is equal to a popularity contest will likely result in disappointment. It’s not hard to forget that the tranquil markets were in sharp contrast to news flow.  There was plenty of news that could have potentially derailed the markets.  The antagonistic political setting including open talk of impeachment of President Trump.  Terrorist attacks in New York, London and Spain.  High levels of social division leading widespread protests (Charlottesville) and massacres (Los Vegas, California, Texas).  High geopolitical tensions including North Korea’s effort toward a nuclear weapon.  Natural disasters with hurricanes hitting Houston, Florida, and Puerto Rico.  With this kind of backdrop, it is remarkable the market were not lower and a lot more volatile.  Here are the final 2017 numbers for the major averages.

Enough of the rear view mirror – inquiring minds want to know what’s going to happen in 2018?  It’s easy to think that the market is poised to pull back given the strength of 2017.  After all it’s second longest stretch in history for the S&P 500 trading above its 200-day moving average and markets don’t normally act this way.  On the other hand, if the capital markets have not only survived but prospered given the events of 2017, it might be another strong year ahead.

Looking at history, Bespoke Investment Group provides some data.  The table below gives the annual performance for the S&P 500 in years following a year with a 20% or greater gain.  As shown, the year after a 20%+ move is positive 68% of the time with an average gain of 10.46%.  Further, there are several examples of back-to-back years of 20% or greater returns. While the markets absorbed 2017’s body blows, the bears are not extinct (yet).  Some of the remaining ammunition is in the form of potentially higher interest rates and high valuations.  The Fed has been raising the fed funds rate and is projecting further interest rate hikes in 2018.  Rate increases during the past couple of years have been absorbed  by the economy.  But the impact of future raises could be more disruptive.

Corporate earnings growth accelerated in 2017.  However, stock prices climbed faster leaving valuations elevated.  Some of the stock market jump was in anticipation of tax reform and the lowering of corporate tax rates.  How much of this bottom line benefit has been priced in is a critical question facing stocks in 2018.  Another important question is beyond the bump from lowered rates, how much more will earnings grow on a comparative basis.

As hard as it was to predict a smooth and historic year for the financial markets back in January 2017, it is equally difficult to forecast 2018.  There are some expected developments (interest rate hikes) in 2018.  However, it’s the unexpected stuff that could move markets.  Investors should remain flexible and, as much as possible, on top of things.  But before we get too far into the year, there are some New Years resolutions to break.

Yesterday All My Troubles Seemed So Far Away. Now It Looks as They Are Here...
Scroll to top