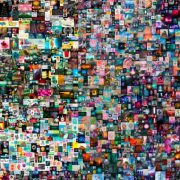 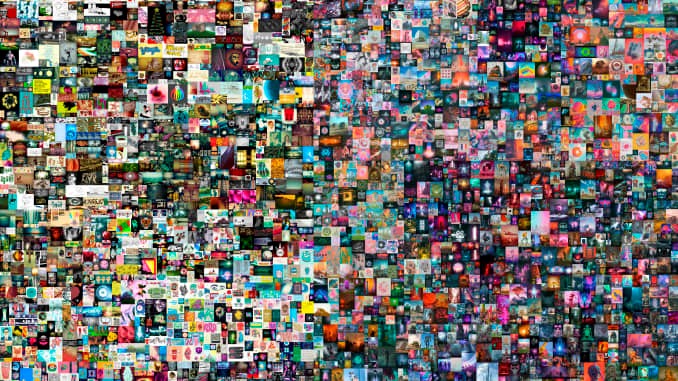 With all of the ways that we communicate combined with the speed that it is delivered, it should be easy to keep up with everything.  We have cell phones, email, text messages, social media, phone apps, and hundreds of radio and cable channels.  Unfortunately, having countless ways to stay connected doesn’t equate with being informed.  It often feels like we are using smoke signals while the rest of the world is telepathically in sync.

This brain bruising overload happens in all parts of our lives – news, fashion, music, sports, and, of course, the financial markets.  Within recent years investors have had to deal with a flood of new things like SPACs, crypto currencies, blockchain, and NFTs.  These are new and complex products and it makes some traders yearn for the simpler days that included such things as physical trading floors and handwritten orders.

For those who might be off the grid, SPACs are Special Purpose Acquisition Companies.  They raise money to buy another company which is typically private which becomes an alternative method for an IPO (initial public offering).  SPACs have grown in popularity and have raised a lot of money.  With all this money comes risk as there is a finite number of strong buy out candidates waiting to run into the arms of a SPAC.  This means that there are plenty of bad deals are being done.

Crypto currencies are digital currencies that are not controlled by any central authority.  There are many versions of cryptos but Bitcoin and Ethereum are the most popular and have generated the most excitement.  Blockchain is part of the crypto currency universe.  It is an open ledger which is monitored and reviewed by a network of computers.  Wall Street is developing strategies involving crypto currencies and related assets.

NFTs are non-fungible tokens which are a unit of data stored on a digital ledger (blockchain).  NFTs are growing in the digital collectable markets and they offer a level of authenticity.  NFTs do not include the copyright so duplicates can be available to anyone.  NFTs can be bought and sold with all transactions being recorded on the blockchain.

NFTs have gained notoriety when Christie’s auction house recently sold a digital collage of 5,000 images for $69.3 million dollars.  The image is at the top of this newsletter and the piece is entitled “Everydays: The First 5000 Days”.

These controversial financial products are difficult to understand and, perhaps, harder to analyze.  SPACs indirectly fit into conventional analysis.  They have a cash value prior to acquiring a company and, after the ‘de-spac’, shareholders have ownership of a company.  At this point, the security is a claim on the assets, revenues, earnings, and cash flows which can be valued.

There are deep debates about how to view and evaluate cryptos and NFTs.  Believers argue these are alternatives to the U.S. dollar and will ultimately become the economy’s currency.  Digital bulls point out that the dollar has been under attack from the Federal Reserve and the Federal Government and has lost over 90% of its value in the last 100 years.  They say the time has come for a replacement.

Crypto skeptics contend that Bitcoin, Ethereum, et. Al. will not be able to gather enough confidence to become a method of exchange.  Without acceptance, it is difficult to become a store of value which is a characteristic of currencies.  Many detractors believe cryptos will turn into a commodity.

Blockchain has potential to transform our lives.  It has the capability to offer lower cost, transparent, and accurate record keeping.  This digital data base could change the way we perform financial and legal transactions in the future.  As crypto currencies are linked with blockchains, they are expected to have a role in the financial landscape.

With these possibilities in mind, bystanders could be bewildered by the price of Bitcoin and the rest of the crypto currencies.  For those not following, Bitcoin’s price has moved from $10,000 last summer to over $60,000 last week.  Ethereum has climbed from below $200 to over $2,500 during the same period.

In addition to all the fundamental twists and turns during the past 10 months, a fair amount of emotion has helped drive crypto prices.  Crypto believers have deep faith in the future applicability and value of Bitcoin.  It seems like the only thing that will dent their enthusiasm is a drop in prices.  Perception and feelings have always been a part of the capital markets so this wouldn’t be the first time that human emotion overtook a market sector.

The Dutch Tulip Mania in late 1636 and early 1637 saw a spike in the price of tulip bulbs which was followed by a sharp plunge.  The chart below reflects the price action.[i]  Tulips had no economic value beyond the aesthetic qualities and the prices were set by what the buyers and sellers agreed upon.  It’s a classic example of an emotional financial bubble.

This is not a prediction that the prices of crypto currencies mimic tulips bulbs in the 17th century.  Bitcoin and the others probably have legitimate roles but there are many unanswered questions about their valuation.  The volatility of the crypto prices indicates a lot of emotional buyers and sellers which may continue until their economic use and value become better defined. 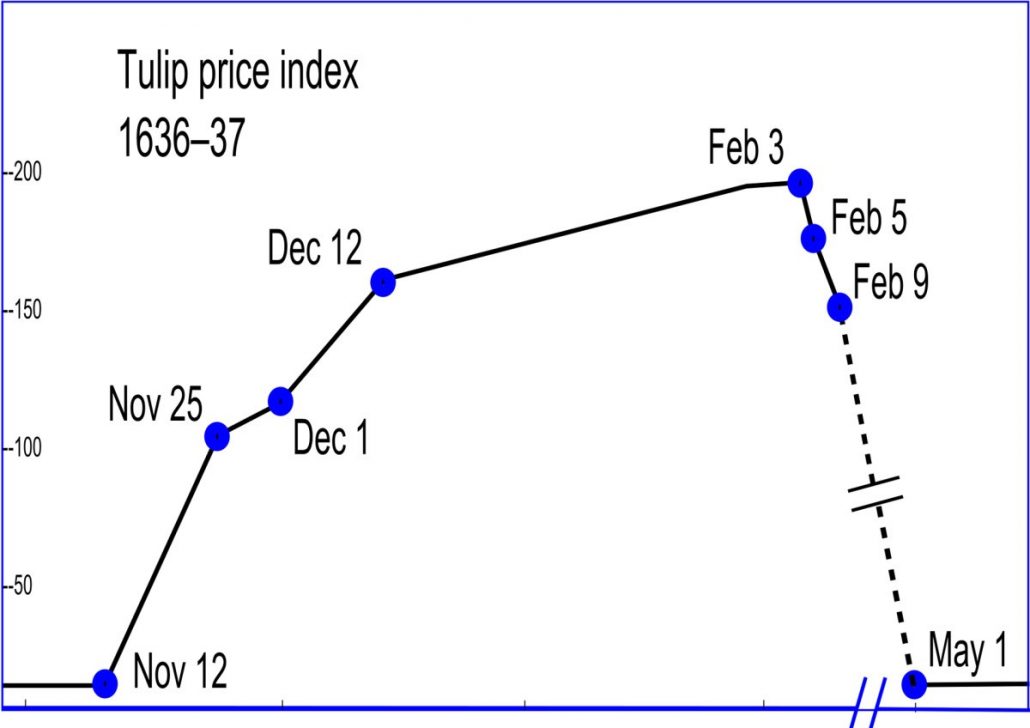 While Bitcoin and Ethereum are current examples of sentiment driven markets, a case can be made that the entire financial system is one big pretense.    The U.S. stock market is at all-time high levels and the S&P 500 has made 8 new record closes in April.  At the same time, the U.S. has over $27 trillion of debt and over $120 trillion of debt and unfunded budget liabilities.  And there is no plan to address this.  Any credit analyst or auditor who looked at the U.S. financial statement would easily conclude we are bankrupt.

Below is a chart of the amount of U.S. Federal debt as a percentage of GDP.[ii]  It shows that we are approaching the record levels from the end of World War II and the forecast is not good.  Over the next 30 years, the CBO expects our level of debt as a percentage of GDP to double.  This is a sad gift we are leaving to our children and grandchildren.  Perhaps this is contributing to the rush to crypto currencies and other financial alternatives. 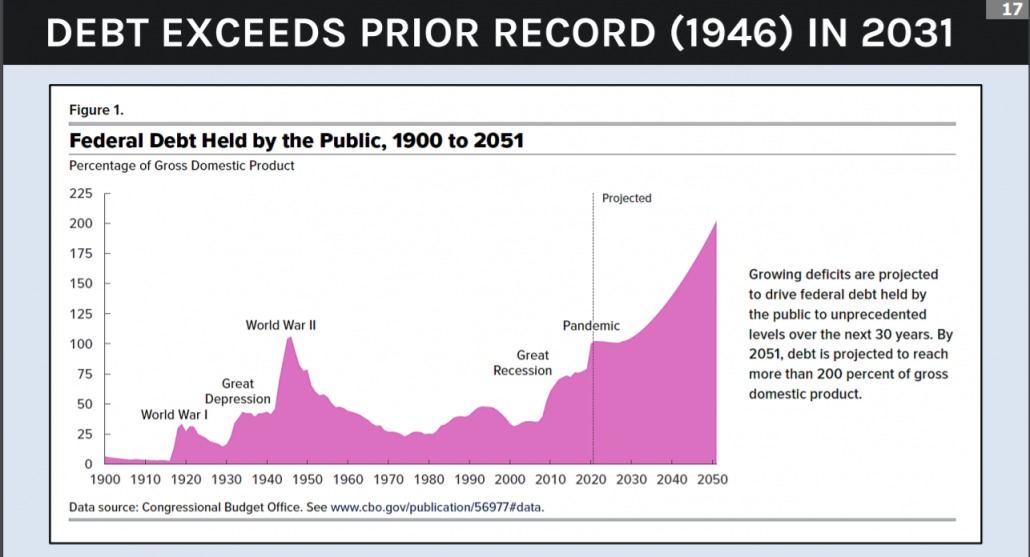 Despite the U.S. fiscal condition being an embarrassing disaster, the capital markets continue to function.  Explaining this is on the same level as understanding the fundamentals of the Bitcoin.  Perhaps there is a link between the two.  Traders have a large amount of emotion in the form of confidence that the Federal Reserve keeps the liquidity at a level that keeps the system operating.

This charade can keep going indefinitely.  Afterall, this financial insolvency didn’t happen overnight, and stocks and bonds have overlooked this situation for years.  One of the chief reasons is that the U.S. dollar is the world’s reserve currency.  This means that everyone needs dollars to execute international transactions.  This further means that dollars held by international organizations and governments often get recycled back to the U.S. in the form of U.S. Treasury securities purchases.  This helps the entire U.S. fixed income market which helps other asset classes including stocks.  As long as the U.S. dollar is used for international trade, it helps boost confidence which allows the financial theater to persist.

Of course, there are countless catalysts that could upset this complacent landscape.  If a highly leveraged hedge fund or financial institution becomes impaired, it could be disruptive.  If foreigners’ reliance on the dollar declines, it will have a negative ripple effect.  If the markets and foreign investors stop buying the debt that federal government is relying on to fund the deficits, it would be a tumultuous twist.  This would likely cause a sizable increase in interest rates which would be a problem to an overleveraged system.   Finally, other troubles could be a sustainable rise in inflation or if geo-political issues erupt.

While these matters remain part of the financial equation, Mr. Market continues to view the glass as half full.  The start of 1st quarter earnings reports has been encouraging.  Also, the economic data is expected to further strengthen as more areas reopen.  This has the potential to be a huge systemic tailwind.  In anticipation, the Dow Jones Industrial Average and S&P 500 closed last week at record levels.  Here is the year-to-date performance for the major averages as of April 16.

Stocks have had a good year which is historically a positive.  In years when the 1st quarter is up, the remainder of the year typically builds on those gains.  Of course, one can make the argument that this is anything but normal and the markets are facing a different set of risks.  It would be irresponsible to blindly rely on historic trends in 2021.  If the recent past has taught us anything, there is no such thing as normal.

However, there are a few things that we can be assured of as the year continues.  We will continue to be pounded by the information tidal wave.  The bombardment of news and data is something we will have to learn to manage.  Otherwise, you might miss out on a critical, market moving statement by Fed Chairman Powell on interest rates.  Or more importantly, you wouldn’t risk overlooking the latest Bitcoin prediction from Kim Kardashian or a NFT by Meghan Markle.

Copy of the 1st Quarter Review Letter
Scroll to top