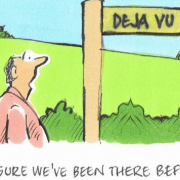 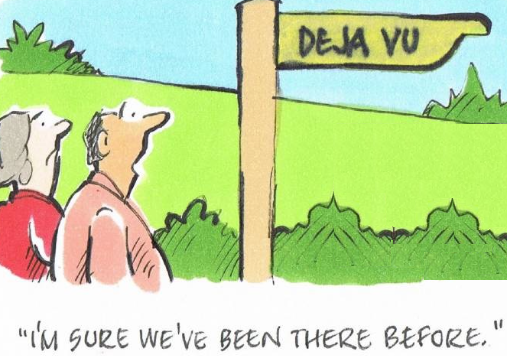 As much as everyone looked forward to hitting the delete button on last year, the extensive optimism over the new year might be in for a test. Sadly, the first two months of 2021 look like they belong to 2020. To be sure, there is plenty of time left in the year to overcome our country’s challenges and return to some version a normal society. But the direction of current events is deteriorating rather than improving.

The virus hit the U.S. in the first quarter of 2020. The country was shut down and the focus for the remainder of the year was battling the pandemic. This introduced the concepts of ‘Social distancing’, wearing masks, and working from home. In 2021, there are concerns over variants of the virus which could delay re-opening the economy as well as bring new challenges.

In February 2020, the stock market moved to record highs. Similarly, stocks traded to all-time high levels in February 2021. Of course, last year the capital markets panicked as the economy shutdown. Stocks plunged and the bond market froze on the unknowns over the severity of the virus’s impact on the population and the length of time that the economy would be shutdown.

The U.S. dollar rose against other currencies as it was viewed as a safe haven. The commodity markets plunged because closed economies have very little industrial demand. Crude oil futures traded at negative prices. This meant that the buyer of the futures contract got the oil and got paid to take it. In 2021, let’s hope this is a case of déjà vu instead of an actual repeat of last year’s disruptive events.

The first two months of this year have had some events that smelled like 2020 but were very unique to 2021. The Reddit/Robinhood/GameStop saga is something not seen before. A few weeks ago, this was the lead story on every news outlet including the non-business/financial channels. Strangely it has gotten very coverage after the “meme stocks” settled down.

The fact that journalists have moved on from the Redditt rebels does not mean that the risks have receded. This episode exposed some structural issues that have developed within the markets’ plumbing.

One of the strategies of the Robinhoodies was buying heavily shorted stocks. Hedge fund, institutions, and large investors had made massive bets against certain companies. When the Robinhoodies started buying these stocks their prices spiked higher. This resulted in big losses for the hedge fund crowd. As the losses escalated, the negative bets were forced to be unwound which meant more buying and even higher prices and larger losses. It became a violent cycle causing widespread pain.

During these events, many market blemishes were uncovered. It was known that many traders and hedge funds were using leverage to boost returns and measurements of systemwide borrowings have been near record levels. What was not as understood was that the leverage was on top of very concentrated portfolios with limited diversification.

Leverage wasn’t the only Reddit revelation. We learned that these market players were buying the same stocks. This institutional overlap and concentration isn’t a problem until the positions start losing money and the markets turn into a huge game of musical chairs.

These risks could ultimately become systemic. If an overleveraged player becomes impaired and are forced to raise cash, they will likely have to sell the positions that are heavily owned by others. This could cause other firms to suffer losses and make them sell which then forces the pain to ripple throughout the markets.

It is possible that these risks might be contained through hedging strategies. It is difficult to determine the systemwide summation of risk reducing hedging, but it is possible that it could be an answer. Another solution is that hedge funds and investment firms reduce leverage and concentration over time. Given the history of hedge fund trading, that is not an expected development.

While systemic risks exist, the markets continue to trade as if the party is nowhere near an end. The stock market indexes are up in 2021 but the leadership has shifted from large cap tech to energy and small cap stocks. Here is the performance of the major indexes for the first two months of the year.

The stock market rally could continue as the economy reopens and unemployment declines. The year-over-year comparisons will be

financial market supportive as 2020’s 2nd quarter numbers were among the worst in history. Also, judging pent up consumer demand for travel and entertainment is tricky but this could support even stronger GDP growth later in 2021.

The déjà vu from other parts of the markets did not spread to the fixed income market. In 2020 bond yields declined. First, yields fell as the collapse in economic activity crushed any demand for loans. Secondly, the Federal Reserve bought billions of dollars of bonds as a way of supporting the markets and the economy. This forced interest rates lower. The 10-year Treasury bond’s yield traded below 40 basis points (0.40%) last year.

It’s been a different story in 2021. The 10-year Treasury bond began the year around 90 basis points (0.90%) but closed last week at 1.46%. This may not seem like a significant move but on a relative basis it is an over 50% move in 2 months. Also, the 10-year bond is a critical, far reaching security in the fixed income market as many other products (mortgages, corporate bonds, etc.) get priced off the Treasury market. The 10-year’s higher yield will cause higher interest rates throughout the markets.

This rise in longer term interest rates is typically a result of economic growth or inflation expectations. The bad news for 2021 is that inflation worries are behind this increase in interest rates. Crude oil and commodities prices have climbed in recent months as suppliers and miners have kept operations at reduced levels. If inflation is the reason for this development, it becomes another risk to the stock market and is likely the reason for the tech stocks’ recent weakness.

The end of 2020 brought anticipation of a new and more pleasant time. Unfortunately, that hasn’t been the case. Some of the disappointment is an extension of last year’s developments. New issues have popped up in 2021 which have helped spread the cultural angst. Instead of suffering further déjà vu of 2020, hopefully we will be experiencing new and enjoyable events.

Copy of the 4th Quarter Review Letter
Scroll to top