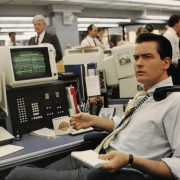 Energy                             139.17        Financials                  16.09
Healthcare                        19.21         Industrials                  19.48
Materials                          20.03         Technology                 22.92
Telecom                           16.13          Utilities                      17.15
These calculations are done by Bespoke Investment Group and are based on trailing twelve month earnings numbers.[i]  On their face value, energy looks extremely overpriced but we would assume that the earnings number was dramatically reduced by write offs forced by the collapse in commodity prices.  This P/E should come down in 2017 as oil prices have stabilized and the industry has cut expenses.
On the other hand, telecom and financials look undervalued.  However, telecom might be facing growth obstacles while financials are dealing with heavy regulations.  Both industry landscapes might improve under the Trump administration but the market appears to be waiting for the policy details.
Last week we got a first look at economic growth for 2016’s 4th quarter.  GDP was reported as growing at 1.9% which was below the expected 2.2%.  GDP is calculated by adding consumption, government spending, investments, and exports and then subtracting imports.  Investment was much stronger in Q4 vs. Q3 and a big component of this was in mining, shafts, and oil and gas infrastructure.
This is a little misleading as there wasn’t a lot of investment in this area as it was only slightly positive.  But this was the first quarter since Q4 of 2014 that this calculation was positive.  As the energy industry adjusted to the fall in oil and gas prices, wells were shut down and capital investments were written off.  The result was a negative number in the GDP formula from the energy industry throughout 2015 and the first 3 quarters of 2016.
Another noteworthy number from this report is that investment in industrial equipment is at an all-time high.  Businesses are investing in equipment as this amount has exceeded the level reached before the financial crisis.
Inventories grew in the 4th quarter which reverses a trend of falling inventories levels for 6 straight quarters.  Importantly there was no large drop in demand during this period of declining inventories.  In other words, companies cut back on inventories as they anticipated slowing demand that never happened.  Historically, this leads to a sharp recovery of inventories as businesses re-stock which is helpful to economic growth.
Another positive report from last week was the University of Michigan Consumer Sentiment report.  This is a monthly release and its latest reading was 98.5 which is a multi-year high.  Consumers are feeling upbeat about their situation and this should be supportive of stronger economic growth.
One conclusion in summarizing the above is that the economy is doing well but it has already been discounted in the capital markets.  This data along with such things as the job market, productivity, and the housing market suggest a pretty good economy.  Market valuations and dividend yields further suggest that stocks have already priced this in and are looking for a continuation of this growth.
Turning our focus from backward to forward, we are facing uncertainties.  The Federal Reserve will be raising interest rates in 2017 which could be a headwind.  Also, it could lead to a stronger dollar which slows exports and pressures the emerging markets.  The global financial system is very much linked together so disruptions in other markets could make their way to our shores.  This would be an unexpected problem.
As we know, there’s a new sheriff in town.  This was clearly demonstrated in President Trump’s first week in office.  One thing we can assume is that there will be some gigantic shifts that take place.  They will impact the economy and there are going to be winners and losers.
Concerning the new president, the chart below is something to keep in mind.[ii]  It shows the performance of the S&P 500 for the 60 days prior to a Republican inauguration day and the 60 days subsequent.  As you can see, stocks after President Trump’s victory have outperformed prior GOP presidents.  However, there is a clear decline in past examples and it begins around inauguration day.  2016 was a year to expect the unexpected so maybe this trend is broken with this Republican president.
Returning to the beginning of this newsletter, the answer to the question of the two Dow 1,000 point thresholds that were only crossed once are 19,000 and 5,000.  The 19,000 level could be easily crossed again as it’s only 5% away.  Obviously, a normal 10% correction puts that level in play.  Let’s hope that the 5,000 number is never in doubt.
Jeffrey J. Kerr, CFA
Kerr Financial Group
Kildare Asset Management
168 Water Street
Binghamton, NY 13901
[i] The Wall Street Journal, January 28-29, 2017
[ii] The Bespoke Report, January 27, 2017
[iii] Topdown Charts, January 2017
https://kerrfinancial.com/wp-content/uploads/2017/12/1de9ff6e-4a34-41df-802f-6aeaa119bf96.jpg 605 800 spowell http://kerrfinancial.com.c1.previewmysite.com/wp-content/uploads/2017/12/kerr-logo.jpg spowell2017-01-30 16:04:012017-12-18 16:04:46"Alex, I'll Take 'Stock Market Trivia' for $20,000."
0 replies

Republicans and Russians and Bulls…. Oh My

“The First Thing we do, Let’s Kill All the Stockbrokers”[...
Scroll to top